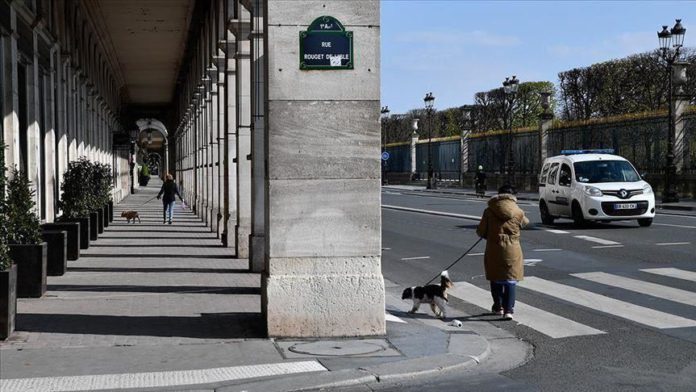 Monday became the start of a series of new measures in France announced by Health Minister Olivier Veran during a televised news conference last week.

Most notably, all restaurants, cafes, and bars in the Aix-Marseille region will close and remain shuttered for 15 days. Marseille is the second-most populated French city and has seen rising COVID-19 numbers over the past few weeks.

The move sparked protests in the southern city on Thursday by hundreds of proprietors who said they were not consulted on the new rulings.

To further stem the virus’s spread, Veran decreed that all restaurants, cafes, and bars in many of France’s other major cities — such as Paris, Toulouse, Bordeaux — must shut at 10 p.m.

President of Ile-de-France Valerie Pecresse also spoke to news channel LCI TV Monday on her concern over the need for financial assistance to restaurant and bar owners who must now close early.

“The government said the bars would have access to the solidarity fund if they have 80% loss of revenue. If they close at 10 p.m., they will have at least 50% [less], maybe lower,” Pecresse expressed, adding that aiding the establishments will help “to avoid bankruptcies” and “human tragedies”.

The novel coronavirus has circulated worldwide since emanating in China late December 2019. To date, the virus has claimed just over 998,000 lives in 188 countries with the number of infections over 33.15 million, according to the latest figures from US-based Johns Hopkins University.

According to the Health Ministry, the number of infections rose by 11,123 over the last 24 hours to 538,569. There were 27 fatalities on Monday over Sunday, with the death toll currently standing at 31,727.

Hospitalizations stood at 4,284, with 786 of the patients in intensive care.

A council of ministers meeting was held Monday morning to discuss the current worrisome conditions with the pandemic which seems to be getting worse.

After the meeting, Gabriel Attal, the government spokesperson and minister of state, spoke to the press in a televised conference announcing that methodological indicators would be presented daily for further transparency.

“The president wanted all of the localized indicators to be made public every day from now on,” he said.

Factors like the occupancy rate in ICUs or the virus’s incidence rate in the elderly will be drilled down even further as such figures may be among factors leading to spikes in infection.

Veran will hold another press briefing this Thursday. They are expected to continue weekly for the foreseeable future.

COVID-19 hits new daily record and is still deadly: WHO

January 19, 2022
We use cookies to ensure that we give you the best experience on our website. If you continue to use this site we will assume that you are happy with it.Ok