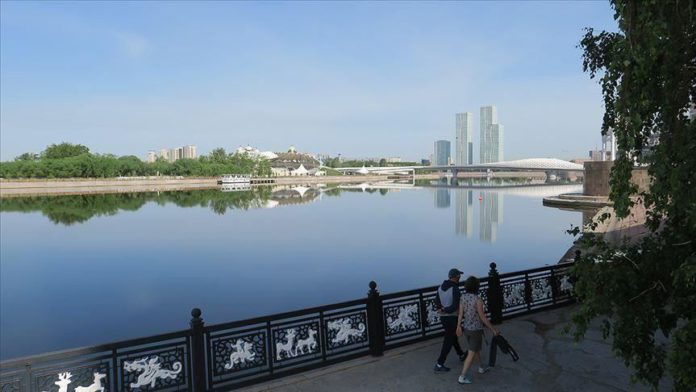 Coronavirus cases and fatalities continued to rise across Eurasian and Central Asian countries on Thursday.

According to Kazakhstan’s Health Ministry, at least 1,646 new cases were reported over the past 24 hours, bringing the total tally to 76,799.

Country’s death toll stands at 610 whereas, the number of patients undergoing treatment in intensive care units declined by 12% over the past two weeks. Also, the occupancy rate at hospitals stand at 56%.

Aynura Akmatova, an official of country’s Health Ministry, said coronavirus cases in the country rose to 30,326, with 967 new cases reported over the past 24 hours.

According to the official, the death toll climbed to 1,169 with 46 new deaths; on the other hand, about 16,800 people diagnosed with pneumonia since March 18 recovered.

Ukrainian Health Minister Maksym Stepanov announced coronavirus cases in the country climbed to 61,850, as 856 more people tested positive for the virus, while the death toll rose to 1,551 with 17 new fatalities reported over the past day.

Notably, more than 34,000 people have recovered from the disease, while over 26,000 people are treated at hospitals in Ukraine, where quarantine policy was extended until Aug. 31.

According to the data shared by the Armenian Health Ministry, the number of confirmed virus cases rose to over 36,000, as 469 more people were diagnosed with COVID-19.

The death toll jumped to 688 with the demise of a dozen more patients.

The country has so far conducted nearly 152,000 coronavirus tests, and more than 25,000 people have recovered from the disease while over 10,000 are undergoing treatment.

In a statement, the Health Ministry said that coronavirus cases rose to 18,531 with 207 new additions and the death toll stood at 96.

The statement noted 9,872 people have so far recovered from the disease, whereas 84,000 people are being monitored in addition to 8,560 patients being treated at hospitals.

The Prime Ministry said in a statement that 12 people were diagnosed with the virus in the past 24 hours, bringing the tally to 1,126.

So far, 911 people have recovered from the virus. The fatalities were reported as 16 while about 6,000 people were put under quarantine.

In addition, 268 others are monitored at hospitals.

Since first appearing in China last December, the virus has spread to at least 188 countries and regions. The US, Brazil, India, and Russia are currently the countries hardest hit.

The pandemic has killed more than 624,200 worldwide, with an excess of 15.25 million confirmed cases, according to figures compiled by US-based Johns Hopkins University.

The number of recoveries across the globe reached close to 8.7 million.

US: Cuomo says Trump is no king, cannot force reopening