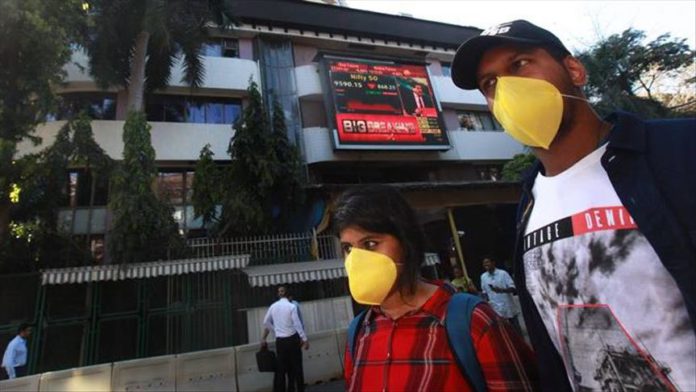 After German footwear brand Von Wellx recently decided to shift its manufacturing base from China, Indian economists are hoping that more will follow, to the country’s advantage.

Von Wellx, which is planning to set up its unit near the Indian city of Agra, is expected to generate 10,000 jobs.

It is believed that around 200 American companies are also planning to move their production to India, as China is facing a global backlash because of the COVID-19 pandemic.

“Our investment rate was already dipping and thus this shift is going to help boost our economy. Though we may not see its immediate effect under the current crisis, the shift will certainly help us in the long-run,” said Pronab Sen, former head of the National Statistical Commission.

He told Anadolu Agency that a wave of anger against China due to the issues related to the pandemic may help India to become an alternate manufacturing hub in the region.

“India’s new foreign direct investment rules make it a competing destination to attract more foreign nations to invest in the country. A bonus is the availability of low wage skilled labor that makes India a suitable business destination,” said N.R. Bhanumurthy, professor at the National Institute of Public Finance and Policy.

Many Indian states have liberalized their labor and land acquisition laws, to facilitate businesses.

Bhanumurthy said the shifting of manufacturing units from China to India will help the country to gain 9-10% growth, thus taking the overall investment rate to 35-36%, something India has been aiming for quite some time.

200 US companies planning to shift to India

In his speech on May 12, Modi had announced a self-reliant mission to accelerate domestic production, which many say, is to reverse the globalization and resorting to protectionism.

Following this the US-India Strategic Partnership Forum (USISPF) revealed that over 200 US companies are planning to move their bases to India, post the presidential elections.

“Businesses are talking to USISPF about how to establish China’s substitute by investing in India. US companies bring critical supplies and are part of global supply chains,” tweeted Mukesh Aghi, president of USISPF.

Aghi also said that if India is to be a $5 trillion economy, it needs $100 billion worth of FDI annually

“US companies would not abandon China completely but since they are looking for alternate sites, India can offer a replacement,” he further tweeted.

Owned by Casa Everz Gmbh, German footwear Von Wellx is tying up with Latric Industries Pvt. Ltd., a company based in northern India’ city of Agra in Uttar Pradesh state. Besides hosting world-famous ivory-white marble mausoleum Taj Mahal, the city is known for its footwear business.

The brand selling orthopedic footwear for men and women has stores in over 100 million customers across 80 countries. It was launched in India in 2019 and is available at over 500 retail and online shops.