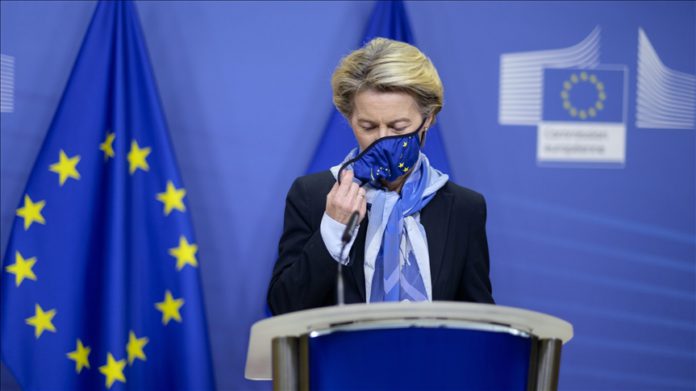 COVID-19 vaccines developed by BioNTech and Pfizer have been delivered to all the EU countries that will begin vaccination on Sunday, the EU Commission president announced on Saturday.

Announcing the delivery of vaccines in a video message, EU Commission President Ursula von der Leyen said: “We are starting to turn a new page in a difficult year. Deliveries have been made, and tomorrow health officials across Europe will start vaccination.”

Von der Leyen said that all EU countries have access to the vaccine at the same time, and more vaccines will arrive soon, by which people can gradually return to normal life.

The BioNTech/Pfizer vaccine was the first that got approval from the European Medicines Agency (EMA), the EU’s medicines regulator.

The EMA is currently assessing the vaccine from American drug maker Moderna and is expected to make a decision on the vaccine in the first week of January.

The EU Commission has neither disclosed how many doses of the vaccine have been distributed to member states so far, nor confirmed how many vaccines have been sent to which country.

But for now, the number of doses is quite small due to limited production.

The EU Commission, on behalf of all member states, has so far signed contracts with six companies to purchase a total of two billion doses of vaccines.

Novavax has also reached the contract stage for 200 million doses. With the signing of this agreement, the number of doses the EU can take will reach 2.2 billion.

Each EU country will determine who will be given priority, and there is no common EU decision or recommendation on this issue.

The COVID-19 pandemic has claimed more than 1.75 million lives in 191 countries and regions since last December.

Over 79.92 million cases have been reported worldwide, with more than 45.08 million recoveries, according to figures compiled by the US Johns Hopkins University.

​​​​​​​The US, India, and Brazil remain the worst-hit countries in terms of the number of cases.

While new restrictions are imposed ahead of the holiday season, especially across Europe, countries are approving and procuring vaccines to end the pandemic.

Turkey: PKK terrorists get over 1,000 years behind bars