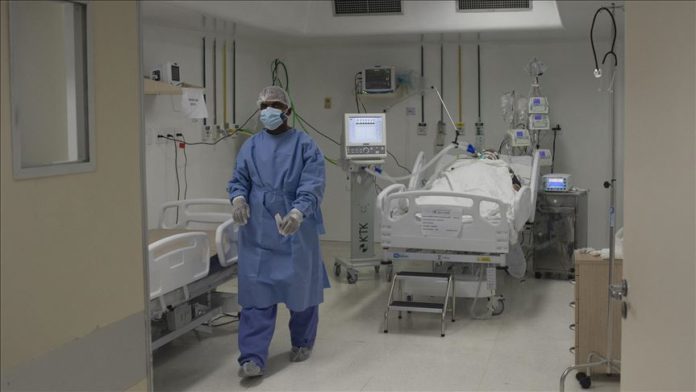 Latin America and the Caribbean surpassed 80,000 deaths from the novel coronavirus Monday at a time when the spread of the virus is accelerating in the region.

Brazil accounts for more than half of the fatalities, followed by Mexico and Peru.

Brazilian Education Minister Abraham Weintraub was fined for taking to the streets and violating the rules against the COVID-19 quarantine.

A fine of 2,000 reais (around $387) was announced by authorities in the Federal District of Brasilia on Monday, a day after Weintraub joined a demonstration in support of the government without wearing a mask, a mandatory measure in the city.

“I refuse to believe it’s true. I wasn’t notified. It seems that I am the only one who has been fined to date,” he wrote on Twitter.

Weintraub, one of the country’s most radical right-wing ministers, is under investigation by the Attorney General’s Office in which he is suspected of being part of groups that spread false news on the internet.

He is also being investigated for making racist comments about Chinese citizens on his Twitter profile, hinting that the COVID-19 pandemic would be part of alleged plans by China to “dominate the world.”

Brazil’s infection rates and daily death tolls are among the highest in the world. With almost 44,000 deaths and more than 888,000 confirmed cases, the country has surpassed Britain in confirmed coronavirus-linked fatalities.

Yet it seems that these measures have not really worked. Peru has 229,736 cases and nearly 7,000 fatalities.

Although the number of infections continues to grow, Mexican President Andres Manuel Lopez Obrador on Monday asked citizens not to be afraid of the coronavirus and to start leaving their homes to revive the economy.

Sixteen of the country’s 32 states went from red to orange on the same day on the epidemiological traffic light that regulates activities in Mexico, which has recorded 146,837 infections and 17,141 deaths.

With the change of color, the 16 states will be able to carry out non-essential economic activities but with 30% of the personnel to operate them and public spaces will be opened with reduced capacity.

“We have to go little by little, but we have learned enough and we have shown that most Mexicans are responsible. The behavior of the people is exceptional, and that is why we managed to flatten the curve,” said the president.