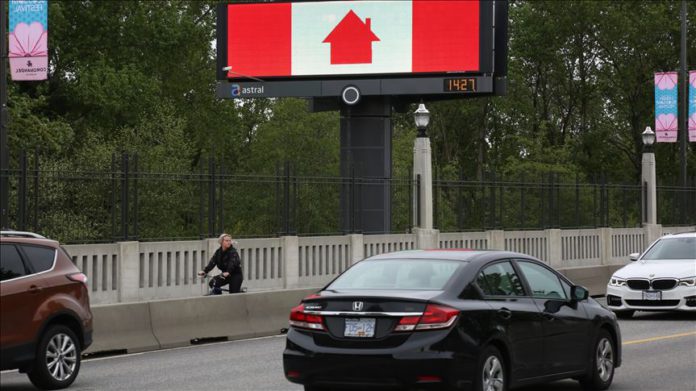 The coronavirus pandemic deaths in Canada topped 8,000 Friday, even as the largest province Ontario relaxed some of the restrictions on business, opening restaurant patios, some shopping malls and hair salons.

Also Friday, Prime Minister Justin Trudeau said his government was bringing in mandatory temperature testing for air passengers. As well, he announced that the military would continue to be deployed at hard-hit nursing homes in Ontario and Quebec until June 26 – in all, 82 percent of COVID-19 deaths in Canada have been linked to seniors’ homes.

The virus has claimed 8,115 Canadians and the number of cases was just short of 100,000, standing at 99,420 as of Friday, according to Johns Hopkins University of Medicine figures that are continually updated for all countries.

During his daily address to the nation, Trudeau warned that the restarting of the economies of Canada’s 10 provinces and three territories had to be cautious to avoid a second spike in cases as has happened in other countries.

“After months of hard work, people are finding themselves right back where they started,” Trudeau said. “Canada must learn from these lessons. It is clear that we have to make safety and control of this virus a top priority in this restart.”

By the end of July Canada’s four biggest airports – Toronto, Montreal, Calgary and Vancouver – will begin to screen in-Canada flights and finally, all remaining major terminals will institute temperature checks at the end of September.

“A passenger who has a fever will not be permitted to board their flight. Employees in the secured areas of airports will also be required to have their temperature checked,” Trudeau said.

All air passengers are required to wear a non-medical face mask.