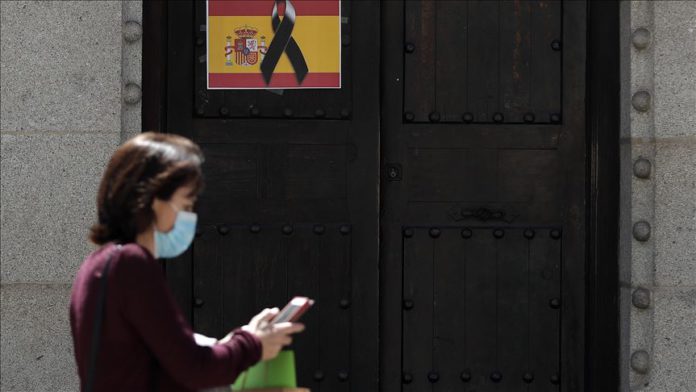 The positive coronavirus trend continues in Spain as the Health Ministry confirmed 268 more deaths and 1,309 new active infections on Thursday.

Both figures are significantly down from Wednesday and far below the peak of 950 daily deaths in early April and nearly 10,000 new identified cases on March 25.

In total, 213,435 people have been confirmed to have contracted the disease with polymerase chain reaction (PCR) tests. Of those tested, a total of 24,543 have lost their lives to the disease.

The Spanish government is now planning to ease the strict lockdown measures which have gripped the country since March 14. According to the government roadmap released this week, parts of the country could enter into a “new normality” by the end of June.

This has been the largest economic contraction since the historical series began in 1970. Until now, the sharpest drop on record was 2.6% in the first quarter of 2009.

Ceasefire over, war to resume in Libya: Pro-Haftar MP

Brent oil may soon hit below $10 a barrel: Experts