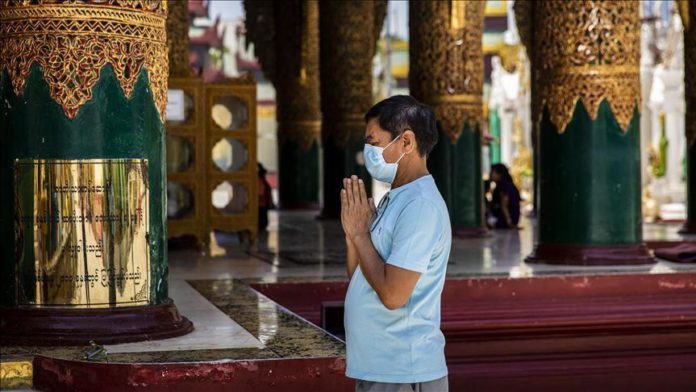 Myanmar confirmed 15 new COVID-19 linked deaths during the last 24 hours, bringing the death toll to 61 as of Friday.

A daily release from the Health and Sports Ministry on Friday stated 15 more COVID-19 patients with underlying diseases died of acute respiratory failure.

It added that 404 more patients tested positive on Thursday, the highest single-day surge since the country first detected the virus in late March, taking the tally to 4,299 cases.

Myanmar, which seemed to have COVID-19 under control with just about 400 confirmed cases and six deaths in nearly five months (late March to late August), has seen a spike in cases since August 20 when the second wave began in western Rakhine state.

With hundreds of COVID-19 cases announced on a daily basis in Myanmar, the government re-imposed restrictions on domestic movements across the country while its commercial hub Yangon was placed under partial lockdown.

Authorities also instructed domestic airlines in early September to suspend all services till the end of September as part of efforts to curb the spread of COVID-19.

A ban on entry visas and international commercial flights was first imposed in February, and recently extended till the end of September after a spike in local transmission cases.

Across the world, COVID-19 has claimed more than 944,000 lives in 188 countries and regions since last December.

Over 30 million COVID-19 cases have been reported worldwide, with recoveries exceeding 20.4 million, according to figures compiled by the US Johns Hopkins University.