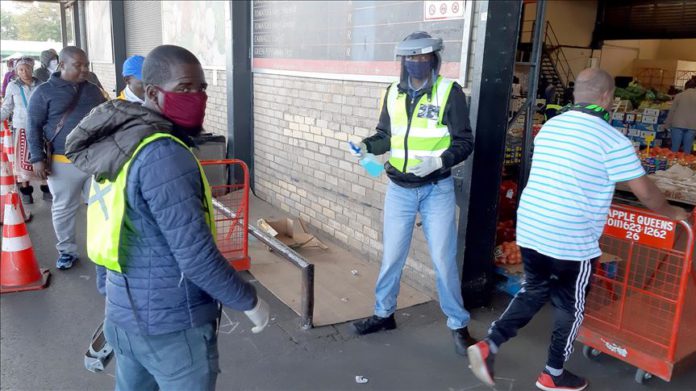 South Africa recorded 26 coronavirus-related deaths in the past 24 hours, bringing the total number of fatalities to 312, the country’s health minister said late Tuesday.

“We wish to express our condolences to the loved ones of the departed and thank the healthcare workers who cared for the deceased,” Zweli Mkhize said in a statement.

He also said a total of 7,960 people have so far recovered from the novel coronavirus, while as many as 488,609 tests have been conducted since the beginning of the outbreak in the country.

The Western Cape Province — home to Cape Town, the country’s tourism hub — is the most affected with 10,639 cases and 187 deaths.

After seeing its first case in March, South Africa now has the highest number of infections on the continent, which has recorded 88,172 according to an update from the Africa Centers for Disease Control.

The continent has also lost 2,834 people to the virus and recorded 33,863 recoveries.

The pandemic has killed nearly 323,000 people worldwide, with more than 4.8 million confirmed cases, while recoveries have surpassed 1.6 million, according to figures compiled by Johns Hopkins University of the US.