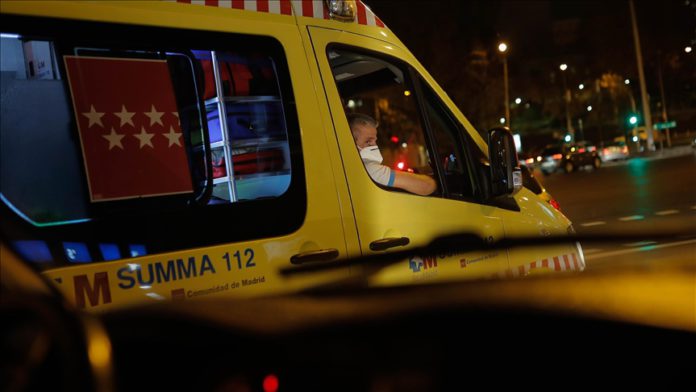 Spain’s COVID-19 death toll surpassed 60,000 on Wednesday as the country detected community transmission of the South African variant for the first time.

Catalan Public Health Secretary Josep Maria Argimon told a news conference Wednesday that the South Africa variant was detected in Barcelona. The person infected by it had no clear contact with South Africa.

From Wednesday, Spain restricted travel with Brazil and South Africa out of fears around mutations detected in the country, which some scientists suggest are more contagious and less responsive to vaccines.

Now, only residents of Spain or Andorra can travel to Spain from either country.

This is the second case of the South Africa variant detected in Spain, but the first person found carrying the mutation had traveled to South Africa for work.

Travel is similarly limited with the UK, but the variant first found in England has already gained hold across much of Spain. A Barcelona hospital on Wednesday said that variant is making up 13% of the case in the area.

Even so, new infections are declining in Spain. Another 30,256 coronavirus cases were reported Wednesday, still extremely high but down from just over 40,000 last week.

Pressure on hospitals remains extremely high, with 24% of hospital beds and 44% of all available intensive care units in use by COVID-19 patients.

On Wednesday, another 565 people were reported dead from the disease.

On the vaccine front, Spanish Secretary for Security Rafael Perez Ruiz said that police officers are next in line for vaccinations after people in nursing homes, health workers and those older than 80.

As of Monday, Spain had administered 1.6 million doses of COVID-19 vaccinations – 95% of all received.

Facing vaccine shortages, Spain’s Health Minister Carolina Darias said Wednesday that the government is open to accepting vaccines from countries like China or Russia, but only if they are approved by the European Medicines Agency.

India hits out at China over Jammu and Kashmir comments