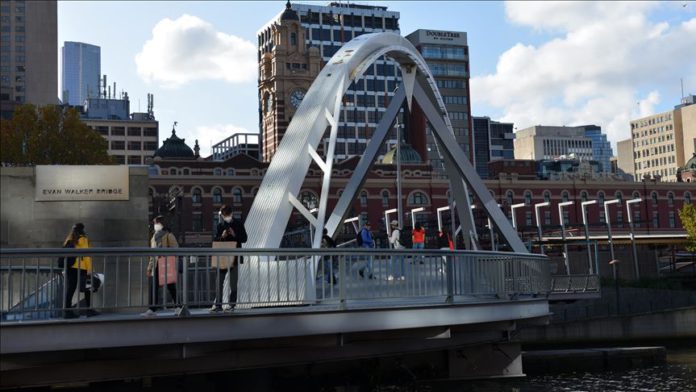 Australia on Wednesday announced the country’s death toll from the novel coronavirus rose to 100.

The Health Ministry in New South Wales (NWS) said 93-year-old Alice Bacon had died at a nursing home. The death toll in the state stands at 49.

Around 1.86 million people have been tested across the country and 6,411 of the 7,068 people who contracted the virus have recovered.

In Australia, where the coronavirus measures began to be alleviated with a three-stage plan, the NSW government announced that schools will reopen on May 25.

Borders between the states are still closed in Australia.

Australia is set to launch its trail of anti-malaria drug hydroxychloroquine on “high risk” health workers in the country.

According to ABC News, over 1,000 workers are set to be given daily doses of anti-malaria drug hydroxychloroquine to test how well it can ward off coronavirus.

The institute is planning to hire over 2,200 high risk frontline and allied health workers around Australia for the trial.

In laboratory conditions, hydroxychloroquine has been shown to stop SARS-CoV-2 — the virus that causes COVID-19 — from entering cells, the broadcaster reported.

The drug widely came under discussion across the world following the U.S. President Donald Trump termed it could be a biggest “game changers”.

“HYDROXYCHLOROQUINE & AZITHROMYCIN, taken together, have a real chance to be one of the biggest game changers in the history of medicine, Trump had Tweeted on March 21.

However, in April, the US Food and Drug Administration (FDA) advises against its use for COVID-19 outside of hospital or clinical trial conditions due to risk of heart rhythm problems.

*Islamuddin Sajid contributed to this story.

Over 730 liters of bootleg alcohol seized in Turkey