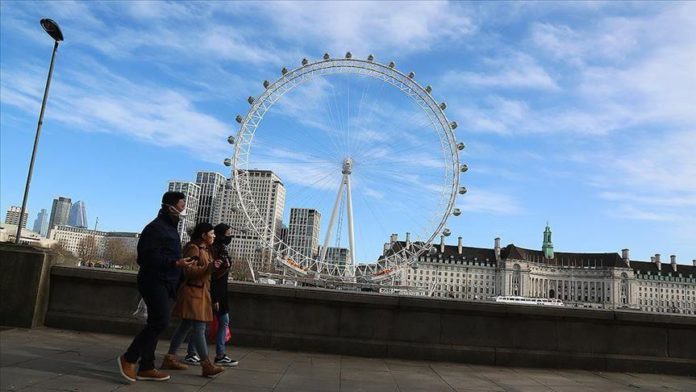 Coronavirus could be wiped out in Britain’s capital London by June as the number of new cases dropped to 24 a day, according to a new modeling by Public Health England and Cambridge University’s Medical Research Council Biostatistics Unit.

Former Environment Secretary Theresa Villiers told the Telegraph: “These figures are good news. They show lockdown measures have been working and I think they make the case for further easing of the lockdown in London. It’s vital that we do find ways to let the economy recover — and London is the powerhouse of the economy.”

The new modeling was trying to figure out England’s “R value” — the number of people an infected person goes on to infect.

An R value of 1 means each infected person infects one other person. The government said the value must be lower than 1 for lockdown restrictions to be further eased.

This is because if each person infects less than one other person, the virus cannot spread and eventually dies out among the community. The closer the R value is to 0, the quicker the number of new cases drops.

The new data showed the R value in England was now, on average, 0.75. The highest rate was in the North East, with a value of 0.8, and which is seeing around 4,000 new infections a day.

The lowest rate is in London, with a value of 0.4 — meaning that for every 10 Londoners who catch the virus, they pass it on to just four others.

This is a substantial turnaround, as London has hitherto been the epicentre of the UK’s pandemic, and now has the lowest rate of infection across England.

London now has less than 24 new cases of coronavirus a day, and with this figure having every three and a half days, the virus could be wiped out of the capital city within weeks, the Telegraph reported.

On March 23, when the nationwide lockdown was announced by the government, London was seeing over 200,000 new cases a day with an R value of 2.8 before the lockdown.

The researches also estimated 20% of Londoners have already had the disease, and with this higher level of immunity, the disease could find it harder to spread still.

Northern Ireland Secretary Brandon Lewis told Sky News: “If their analysis is correct and London is that much lower than elsewhere, it’s important that we don’t allow that to rise again, whether it’s London, whether it’s the North East or any other part of the UK.”

Dr. Sebastian Funk, an academic and director at the Centre for the Mathematical Modeling of Infectious Diseases at the London School of Hygiene & Tropical Medicine, cooled the optimism the latest modeling was bound to engender.

“There is some variation around this and there is some uncertainty in this, but what we have observed in London is that case numbers and death numbers have come down faster than in other parts of the country — albeit from a considerably higher level,” he told BBC Radio 4.

“I would say it is a little bit higher than that, but it is probably lower than the rest of the country,” he added.

Dr. Matthias Schmid, the head of the department of infection and tropical medicine at the Royal Victoria Infirmary in Newcastle, led the team of doctors who treated the UK’s first coronavirus patients.

“I don’t think we will be able to eradicate this disease over the next year or two years. We have to live with it,” he told Sky News.

“Our hospital is making plans to live with this for the next year to two years and therefore everybody else has to do that,” he said.

“We are certainly seeing fewer patients now and have reduced our in-patient cohort quite dramatically, and we have hardly anyone on intensive care now so all of this is very good news but it all depends on where we are going to be in the next four weeks and what is happening — are people adhering to social distancing and staying safe?” he said.

“There is no fast reset button, it has to be a gradual restart now,” he added.

The pandemic has killed more than 302,000 people worldwide with more than 4.44 million confirmed cases, while recoveries have surpassed 1.58 million, according to figures compiled by Johns Hopkins University of the US.