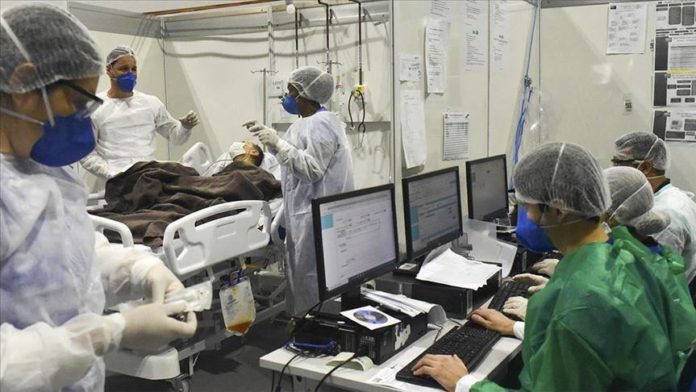 Brazil reported 829 more fatalities from the novel coronavirus, while Mexico saw 201 deaths over the past 24 hours, health authorities said Sunday.

In Brazil, the third worst-hit country in the world after India with the highest number of cases, the death toll reached 134,935, while confirmed cases to date surpassed 4.45 million with 36,303 new infections.

According to the Brazilian Health Ministry, over 3.75 million people have so far recovered from the virus in the Latin American country.

Mexico’s Health Ministry reported 72,179 virus-related deaths, with 201 additions over the past day.

With health authorities registering 3,182 more positive tests, total cases in the country rose to 684,113. As many as 488,416 people have recovered from the disease so far, according to official numbers.

The first infection in Mexico was registered on Feb. 28 and first fatality on March 19.

Across the world, COVID-19 has claimed more than 946,000 lives in 188 countries and regions since last December.

Over 30.18 million infections have been reported worldwide, with recoveries exceeded 20.53 million, according to figures compiled by the US Johns Hopkins University.

US: Death toll rises to 10 in California wildfires