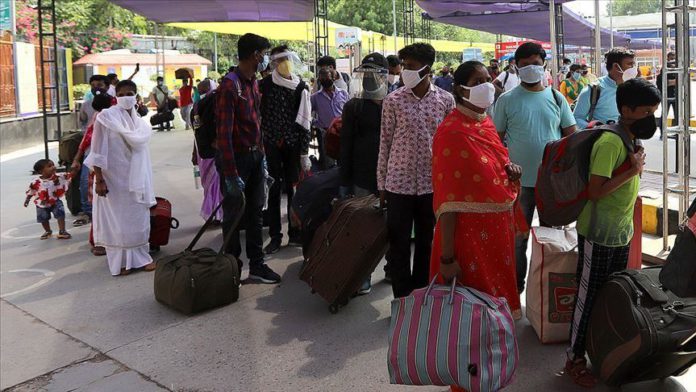 The novel coronavirus claimed a total of 1,156 lives in Brazil, 737 in Mexico, and 757 in India over the past day, according to health authorities on Saturday.

As the second worst-hit country from the virus, Brazil’s Health Ministry data showed the death toll reached 85,238 with latest fatalities, while the number of cases is over 2.34 million with 55,891 additions over the past 24 hours.

With a population of around 46 million, the state of Sao Paulo is the worst-hit region in the country. The number of cases stood at 463,218, while the death toll at 21,206 in the trade center of the country.

The number of recoveries was also registered as over 1.59 million in the country.

With over 211 million population, Brazil is viewed as the epicenter of the outbreak in Latin America.

The death toll hit 42,645 in Mexico with 737 additions in the past day, according to its Health Ministry.

Indian Health Ministry announced the death toll reached 31,358 as 757 more people lost their lives to the virus over the past day.

The pandemic has killed over 639,652 people worldwide, with more than 15.73 million confirmed cases, according to figures compiled by the US’ Johns Hopkins University. Over 9.04 million have recovered from the disease.