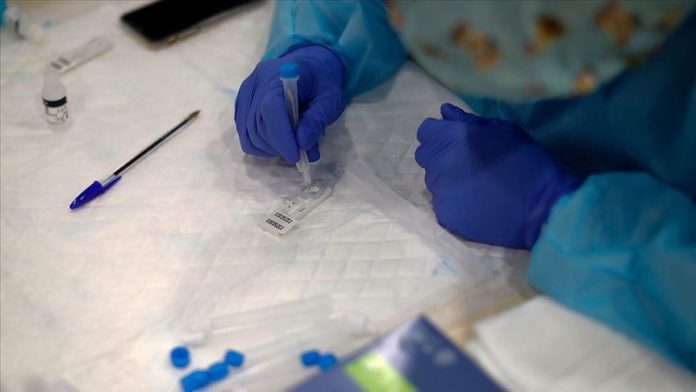 China is tracking people who recently visited its eastern city of Qingdao as it continues mass testing for the novel coronavirus in the area, local media said Tuesday.

Nearly 225,000 people who traveled to Qingdao since Sept. 23 from other cities in the Shandong province were tracked and tested for COVID-19, according to the Global Times daily.

However, all nucleic acid tests of those being tracked have come back negative.

The Qingdao Municipal Health Commission confirmed six virus infections, while another six asymptomatic cases were detected as of Sunday.

Testing for the city’s over 9 million residents is expected to be completed in five districts by Wednesday.

As of Tuesday morning, no new infections was found as health authorities tested three million people, the China Daily reported. Of the three million tests, the results of more than 1.1 million have so far come back negative.

According to a statement by China’s National Health Commission, 13 new imported cases of the coronavirus were reported Tuesday.
China has reported a total of 3,036 cases of imported infections.

Since the outbreak of the virus in Wuhan city of Hubei province last December, China has confirmed 85,591 cases, including 4,634 deaths.

Nearly 80,729 patients have recovered and were discharged from hospitals.

“There still remained 228 confirmed cases [including one case in serious condition] and 7 suspected cases,” the statement added.