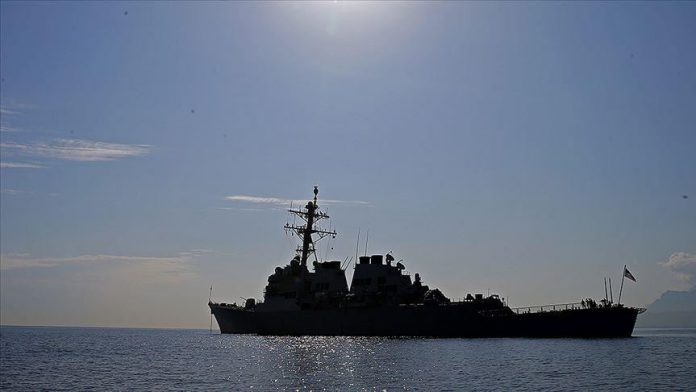 The Navy said 47 sailors have tested positive for COVID-19, the respiratory disease caused by the virus, and two sailors were medically evacuated to the U.S. for treatment.

In all, 15 of those who have been diagnosed with the novel coronavirus have been transferred to the USS Makin Island amphibious assault ship for medical monitoring after displaying persistent symptoms.

None of the sailors aboard the USS Kidd have been placed intensive care or are being treated with ventilators, the Navy said. All sailors who remain aboard the Kidd are wearing personal protective equipment and are donning N95 masks.

Just 45% of the ship’s crew have been tested so far.

The Kidd is the second deployed naval vessel known to have coronavirus cases on board.

The USS Theodore Roosevelt is the first to have a detected outbreak. All of the sailors on board the ship have been tested, with 955 currently infected and 14 sailors being cleared of having the disease following two negative test results.

One sailor has died.

The Theodore Roosevelt’s captain, Breet Crozier, was relieved of command by the former acting Navy secretary on accusations that he sent a letter to Navy leadership with the intent that it would be leaked to the press.

Secretary Thomas Modly resigned shortly after he dismissed Crozier amid widespread criticism of his handling of the situation.

July 15 defeated coup attempt in Turkey remembered in US