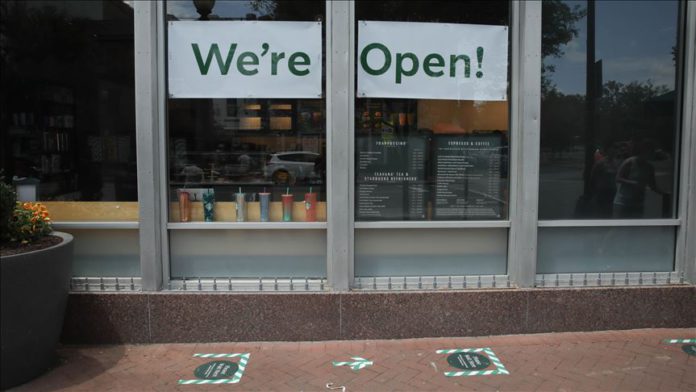 More than half of the US is seeing a huge increase in coronavirus cases since more states have reopened after restrictions were lifted.

According to the USA Today newspaper, nearly 30 states including Arizona, Florida and Texas are reporting more cases as officials continue to warn people to practice social distancing in public.

Among them, New York, which has been the hardest hit since early March, continues to report lower cases and deaths, but Arizona has reported more cases.

According to the Arizona Department of Health Services, the state registered 3,591 cases and 42 related deaths Tuesday. The statewide total is 58,179.

Earlier in the day, Anthony Fauci, director of the National Institute of Allergy and Infectious Diseases, confirmed the surge that the US is seeing in Florida, Texas, Arizona and other states.

“The next couple of weeks are going to be critical in our ability to address those surgings,” he warned.

During the period between late March and early April, millions of Americans were staying at home to curb the spread of the COVID-19 pandemic, which has infected more than 2.3 million people nationwide.

Health officials have repeatedly warned that the reopenings in states will lead to a boost in the number of cases.

On Tuesday, speaking at USA Today’s editorial board meeting, National Institutes of Health Director Dr. Francis Collins said people continue to self-quarantine and not travel amid the virus.

“That does come with certain consequences, and particularly for people who have greater vulnerability because of age or chronic disease, I would think that ought to be taken with great seriousness,” said Collins.

Hawaii, Alaska, Montana and Wyoming are among the states that have relatively few coronavirus cases, according to data from Johns Hopkins University. For example, Montana has 743 cases and 21 deaths.

President Donald Trump said increasing numbers were a result of more testing, which he touted the country as leading the world in.