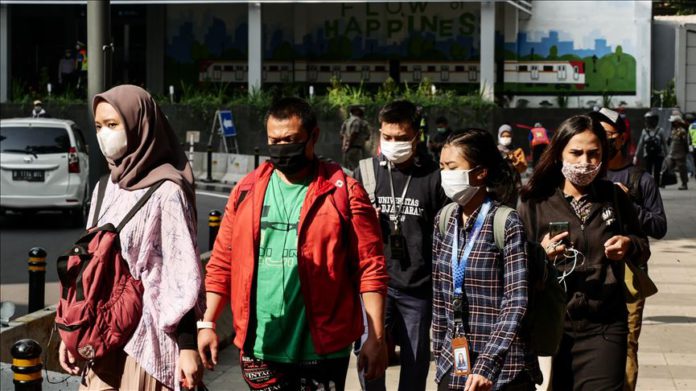 The tally of coronavirus cases in Southeast Asia has reached 169,106 on Monday, including 4,758 fatalities and 94,962 recoveries thus far.

The latest figures showed 3,481 new cases and 76 fatalities in the last 24 hours, with most cases reported in Indonesia and Philippines.

Indonesia, the hardest-hit country among the Association of Southeast Asian Nations (ASEAN) member states, reported 64,958 cases of infection and 3,241 fatalities on Monday.

In the last 24 hours, the government announced 1,209 new cases, including 70 fatalities.

Meanwhile, the number of coronavirus cases in the Philippines surged to 46,333 after the Department of Health (DOH) reported 2,079 more cases on Monday.

According to the DOH, the death toll also increased to 1,303.

The number of recoveries rose by 12,185 which accounts for around one-fourth of the country’s confirmed cases.

Singapore did not report any new deaths as the total count of fatalities stands at 26.

The Health Ministry reported 183 new cases of COVID-19, pushing the total number of confirmed cases up to 44,983.

Most of these cases are work permit holders residing in foreign worker dormitories, according to the ministry.

As many as 324 patients recovered on Monday, bringing the total recoveries to 40,441.

In Thailand, five new cases of coronavirus were recorded, taking the the total infections to 3,195.

The Centre for COVID-19 Situation Administration revealed the new cases were Thai nationals who recently returned from Kuwait and were in state quarantine.

The novel coronavirus has killed 58 people in Thailand since it was first detected in January, while 3,072 patients have recovered.

In addition, 11 more patients were discharged today, bringing the number of patients who have recovered to 8,476.

There were no reports of changes in Vietnam, Myanmar, Cambodia, Brunei Darussalam and Laos.

Vietnam’s confirmed cases of COVID-19 remained at 355, while 340 of them have been discharged from hospitals.

Meanwhile, Myanmar has reported 313 cases and six fatalities since the virus first emerged in the country. The number of recovered patients remains at 241.

While there are 10 active cases in Cambodia, the remaining two — Brunei Darussalam and Laos — are the only ASEAN member countries that are currently coronavirus free.