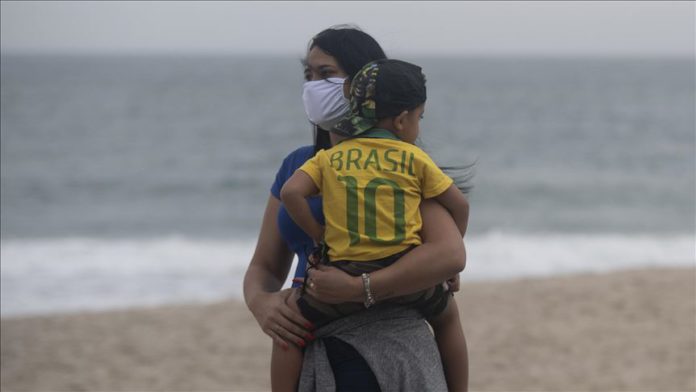 As daily cases of the coronavirus reach record highs in Europe and the US, some Latin American nations showed a decline in numbers Friday.

The region has registered more than 10.3 million cases, although 80% of infections are from five countries: Brazil, Argentina, Colombia, Peru and Mexico.

Those countries are still in the top 10 with the most confirmed cases globally.

Alternating weeks of flexible and strict quarantines to curb the spread of the coronavirus continues. The country is fairing much better than its neighbors, with daily cases hovering between 600 and 700 after peaking at 1,200 in August. It registered 85,469 cases and 720 deaths, as of Friday.

President Nicolas Maduro announced international flights will resume in December to and from three countries: Turkey, Dominican Republic and Mexico.

Unemployment stands at a record 14 million amid the pandemic which has already infected more than 5.2 million and caused 153,214 deaths in the Latin American nation.

It registered 754 additional = deaths in the past 24 hours. After months at a plateau of more than 1,000 daily deaths, the country has recorded a drop in fatalities in recent weeks.

Undersecretary of Prevention and Health Promotion Hugo Lopez-Gatell reported 200,000 rapid antigen tests donated by the Pan American Health Organization capable of detecting the virus in a matter of minutes could begin use in November.

The government authorized the return of domestic flights after seven months during the pandemic.

The move comes as the country experiences a sustained increase in cases and deaths from the virus, which has infected more than 949,000 people and killed an excess of 25,000 in Argentina, according to Johns Hopkins University. Although it has the world’s longest lockdown, strict confinement measures have not prevented a major surge in infections.

Panama announced it will not allow Bolivians to vote because of the pandemic.

Argentina, which hosts the largest Bolivian colony abroad of 400,000, including former President Evo Morales, will allow Bolivians to cast votes in the presidential election.