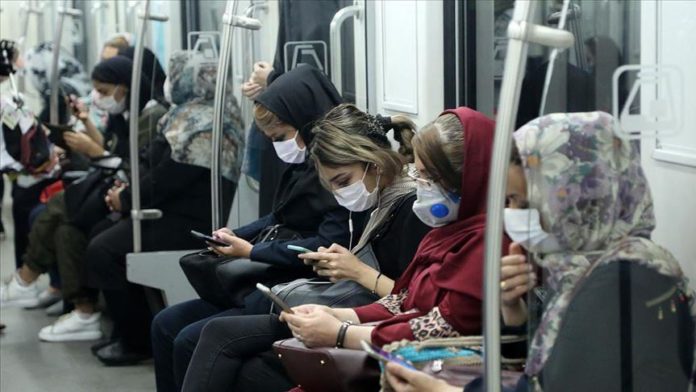 Iran recorded 2,705 new cases of the novel coronavirus Tuesday, its biggest one-day spike in more than a month, in a fresh and alarming spike in CODID-19 infections,

The number of infections jumped to 407,353 while fatalities stand at 23,453 with 140 new deaths announced by Health Ministry spokeswoman Sima Sadat Lari.

Iran, one of the first countries in the region to report cases of the virus in February, has struggled to contain infections, as numbers continue to ebb and flow.

It has seen two waves of the virus as authorities struggle to enforce strict social distancing measures and other health protocols.

After a significant dip in infections and deaths in late August, the last few weeks have witnessed a sharp surge in cases and fatalities.

Iran reported 156 deaths Monday from the virus, the highest single-day figure since Aug. 18, when 168 deaths were reported.

New cases identified Tuesday were the highest single-day figures registered since Aug. 4, when 2,751 cases were reported.

He said cases have significantly increased in Tehran and major cities in the last two weeks. In Tehran, single-day cases jumped from 900 to 1,800.

Iran held large ceremonies late last month to mark Ashura – the day Moses saved the Israelites by leading them out of Egypt across the Red Sea.

Although indoor ceremonies were banned this year, people gathered in parks and roundabouts in large numbers.

Last week, in a decision that drew criticism from health officials and parents, the Hassan Rouhani government announced the start of a new academic year by reopening schools.

The move did not elicit a favorable response as students preferred to continue remote learning.

Rouhani blamed the US on Saturday of blocking a $5 billion International Monetary Fund (IMF) loan to Iran to fight the coronavirus.

Iran had asked for the loan in March when the first wave of COVID-19 engulfed the country.

Although medicine is exempted from sanctions, foreign companies fear complications in financial transactions.