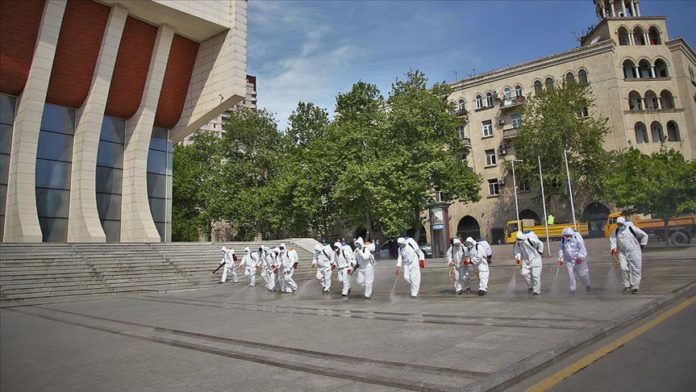 A total of 610 people have lost their lives thus far. More than 29,000 people are still under treatment.

Ukrainian Health Minister Maksim Stepanov said a total of 807 people tested positive over the last 24 hours, bringing the tally to 65,656.

Kyrgyzstan registered 483 more cases in the last 24 hours, taking the total number of infections to 33,296, according to the country’s Health Ministry.

Uzbekistan recorded 430 more cases, bringing the tally to 20,820. The disease claimed three more lives, and the death toll rose to 117.

The number of recoveries reached 11,105 with 101 additions. Nearly 9,600 people receive treatment at hospitals.

Six more people died of the virus, and the death toll reached 711.

While 26,665 people have recovered from the disease, health officials have conducted over 157,400 tests so far.

As many as six more people tested positive in Georgia, according to the Prime Ministry. With the latest additions, the number of cases reached 1,178, including 16 deaths and 920 recoveries.

The pandemic has killed nearly 649,000 people worldwide, with more than 16.26 million confirmed cases and over 9.4 million recoveries, according to figures compiled by the US’ Johns Hopkins University.