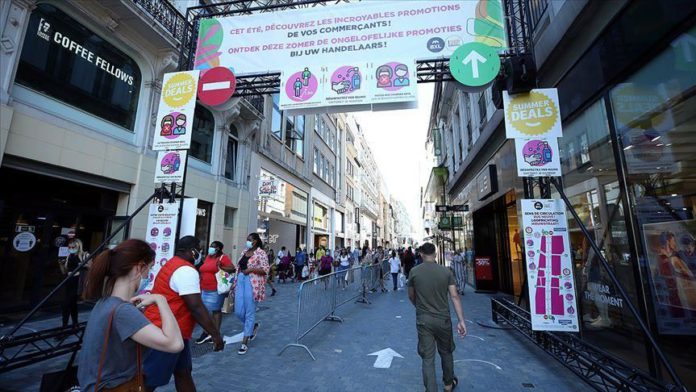 Daily COVID-19 cases continue to rise around Europe, with some countries ringing alarm bells over a possible second wave of infection.

France’s leading scientific body issued a sobering warning Tuesday amid a surge in coronavirus cases this summer and growing concerns over a second wave of infections. The Scientific Council said another outbreak of COVID-19 was “highly likely” this autumn or winter due to an uptick in cases in France over the last two weeks – with 3,000 cases registered over the last three days alone.

British researchers also warned the government Tuesday that reopening schools in September without first implementing an effective test, trace, and isolating system (TTI) could result in a second wave of COVID-19 that could be twice as strong as the first. The government also ordered drug companies to stockpile medicines to check the risks of a no-deal Brexit.

In the best-case scenario with an effective test, trace, and isolating system, an epidemic rebound might be prevented, but in a worst-case scenario, the second wave could be two to three times higher than the first.

Coronavirus cases in Belgium, which unveiled new social distancing measures last week amid a surge in infections, have surpassed 70,000, health authorities said Tuesday. According to the latest figures by national public health institute Sciensano, as many as 70,317 people have been infected with the novel virus since the outbreak in the country of 11.5 million people. On a daily average, 517 new cases were diagnosed between July 25 and 31 – a 60% increase compared to the previous week.

The Netherlands witnessed 2,588 new COVID-19 cases in the past week, up by 1,259 compared to the previous week, the National Institute for Public Health and the Environment (RIVM) said in a statement.

Spain, one of the worst-hit countries on the continent, Tuesday reported the highest daily rise in cases since April with over 5,700 people contracting the virus in a day. Over the last week, 18,191 new cases have been detected – more than double the weekly total of two weeks ago and 10 times what it was just a month ago. Within the last week, 921 more patients were hospitalized, bringing the total to 127,507.

With the surge in cases, Spain’s death rate has also been rising since the lockdown was lifted in late June. Another 26 deaths were registered Tuesday, bringing the total to 28,498.

Italy registered 190 new cases on Tuesday, 31 more than the day before.

Greece reported 121 new coronavirus cases Tuesday, with five of them detected at the country’s entry points, according to health authorities.

According to the National Organization for Public Health (EODY), no coronavirus-related deaths were reported in Greece in the last 24 hours, while the overall tally stood at 209.

As virus cases climb, Dr. Sotiris Tsiodras of the Greek Health Ministry gave a televised briefing – the first such briefing in two months – warning the public to comply with health measures to prevent a second wave.

Tsiodras said that Greece’s coronavirus R-number – or reproduction number – has risen to one from 0.4 in mid-July. The R-value shows how many healthy people will be infected by a sick person. If it is higher than one, it means that the pandemic is growing.

ANALYSIS – Heavily-armed and dangerous: The Akinci drone in the skies

9 dead in eastern Turkey after earthquake