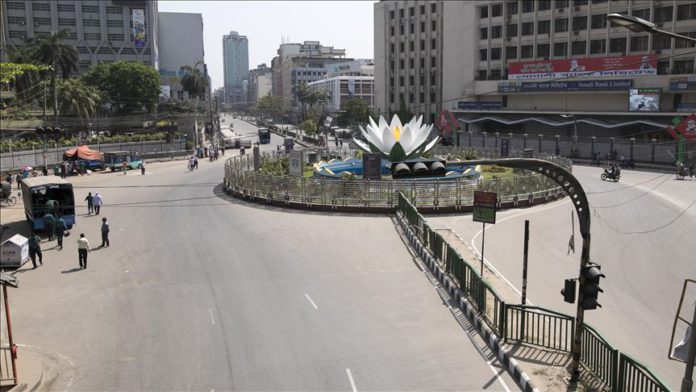 Bangladesh on Friday registered some 2,523 new COVID-19 positive cases, the highest single-day number yet, after doing over 11,300 tests, another one-day high.

Total infections now stand at 42,844, while fatalities rose to 582 with 23 more deaths – almost all of them men – in the past 24 hours across the country, said Nasima Sultana of the Health Services Directorate.

Some 590 more coronaviruses patients also made recoveries in the past 24 hours, bringing the total number of recoveries to 9,015, she added.

Amid the continued rise in case numbers, the country announced it is ending a nationwide lockdown after May 30, allowing public transport and opening government services on a limited basis.

The government said it is ending the lockdown, which started on March 26, in light of the pandemic’s impact on the country’s economy.

The announcement of eased restrictions led to a rush of people in the capital Dhaka on Thursday and Friday, according to local media reports.

The government has also decided to recruit 5,000 additional healthcare workers, including 2,000 physicians – added to 5,000 already announced at the beginning of this month – according to the directorate.