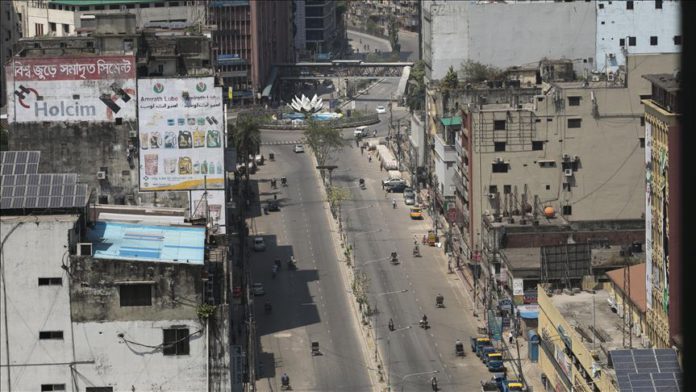 Bangladesh on Wednesday extended its nationwide lockdown until May 30 as the country saw its highest single-day death toll as well as new infections, according to local media reports.

“Restrictions will be imposed strictly on transportation and no vehicles will be allowed on roads except for emergency needs,” the local Jugantor newspaper reported, quoting State Minister for Public Administration Farhad Hossain.

Referring to the prevailing rising trend of the pandemic, Hossain urged citizens to abide by all health guidelines and social distancing rules set by the government.

The country reported 19 deaths Wednesday, the highest single-day death toll since the first coronavirus case was reported on March 8, according to the Directorate General of Health Services.

The latest casualties brought the overall death toll to 269, while the country also recorded its highest single-day number of infections since the outbreak at 1,162, which pushed the total number of confirmed cases to 17,822. Some 3,361 people have recovered from the disease.

As many as 929 people in Bangladesh with COVID-19-like symptoms have died since March 8, according to a report by the Centre for Genocide Studies at Dhaka University.

Another doctor died from the coronavirus late Tuesday at a hospital in the capital Dhaka, bringing the number of deaths of frontline doctors to three.

Maj (Retd) Abul Mokarim Md Mohsin Uddin died at the Combined Military Hospital in Dhaka after being infected while carrying out his duties as a chief radiology consultant, according to local media reports.

“Prime Minister Sheikh Hasina will formally inaugurate the distribution of 2,500 taka [$30] to each of the 50 lakh [5 million] destitute families affected badly due to the COVID-19 outbreak, through mobile financial services,” the report said, quoting State Minister for Disaster Management and Relief Md Enamur Rahman.

Meanwhile, a group of young researchers from a local child health research foundation has successfully completed the genome sequencing of the SARS Cov-2 virus in Bangladesh that reportedly causes COVID-19, local media reported, citing one of the researchers.

“We completed genome sequencing of the virus a few hours ago,” Dr. Senjuti Saha, the scientist who led the three-member research team, told local media.