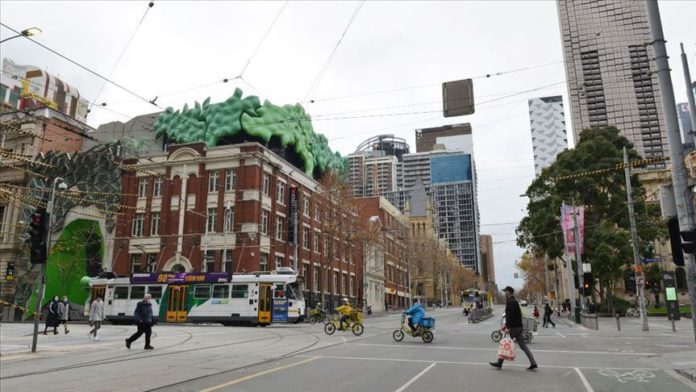 Australia reported 93 new cases of the novel coronavirus on Wednesday, with most of them in the southeastern Victoria state, along with 11 deaths.

The caseload in the country rose to 26,465 while the death toll reached 781, according to Australia’s COVID-19 tracker. The number of recoveries stands at 22,723.

Meanwhile, in a setback to Australia’s plans for free COVID-19 vaccines to its people, the vaccine trial by AstraZeneca, in collaboration with the Oxford University, has been put on hold during its final stage as it reportedly developed “serious adverse reaction” in a study participant, in what AstraZeneca called a “routine action”.

The government led by Scott Morrison had earlier announced that citizens would have vaccine free as of beginning of the next year.

“As part of the ongoing randomized, controlled global trials of the Oxford coronavirus vaccine, our standard review process was triggered and we voluntarily paused vaccination to allow review of safety data by an independent committee,” a spokeswoman for AstraZeneca told daily Sydney Morning Herald.

“This is a routine action which has to happen whenever there is a potentially unexplained illness in one of the trials while it is investigated, ensuring we maintain the integrity of the trials. In large trials illnesses will happen by chance, but must be independently reviewed to check this carefully.”

Meanwhile, New Zealand reported six more cases in the past 24 hours, raising its count to 1,788, including 22 deaths and 1,639 recoveries.

There are currently 125 active cases in the country, including two seriously ill patients.

The coronavirus pandemic has claimed more than 897,600 lives in 188 countries and regions since originating in China last December. The US, India and Brazil are currently the worst-hit countries.

Over 27.5 million COVID-19 cases have been reported worldwide, with recoveries exceeding 18.5 million, according to figures compiled by the US’ Johns Hopkins University.

* Riyaz Ul Khaliq from Ankara contributed to this story.