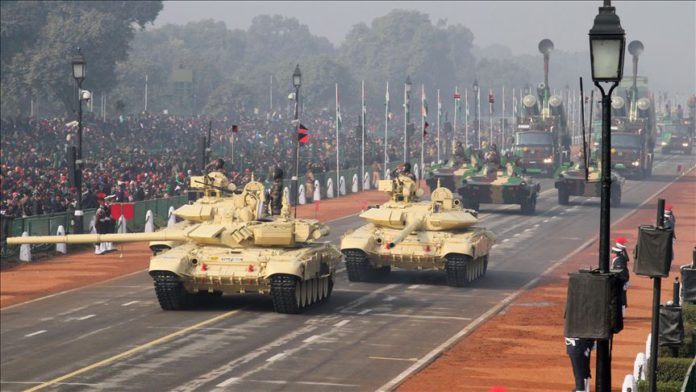 While the COVID-19 pandemic is forcing governments worldwide to put check on expenditures, India has withheld 15-20% funds earmarked for its Defense Ministry in the first quarter (April-June).

First signs of the purge on defense funding were evident on Thursday when Defense Minister Rajnath Singh announced to abolish 9,300 posts in the Military Engineering Service (MES).

A statement issued by India’s Defense Ministry said the move was aimed at rebalancing defense expenditure and enhancing combat capability. The posts have been abolished in the industrial division of the MES, which has a total strength of 13,157.

“Restricting the civilian workforce has been done in a manner that the works of MES could be partly done by departmentally employed staff [while] other works could be outsourced,“ said the statement.

On April 8, the Indian Finance Ministry in a circular asked all ministries to impose cuts on their expenditure. Experts believe that if the purging continues in the next quarters, the allocations for defense budget could nosedive as much as 40%.

Earlier this year, Finance Minister Nirmal Sitharaman had earmarked 4.7 trillion rupees ($73.65 billion) for defense for the year 2020-21, saying that national security was a top priority of the government.

Defense Analyst Ajay Shukla estimates that, by the year, the Defense Ministry will have to surrender a whopping 800 billion rupees ($10.54 billion). Since the government has assured that salary and pensions bill will be exempted, the purge in funds is most likely to hit weapons purchases, military modernization, and even existing obligations.

After the US liberalized its foreign military sales program for India after protracted negotiations, New Delhi was looking to purchase 22 MQ-9 Reaper (Predator B) drones for $2.6 billion; and additional six P-8I maritime surveillance aircraft for $1 billion; two Gulfstream 550 aircraft for intelligence, surveillance, target acquisition, and reconnaissance for nearly $1 billion, besides one unit of the National Advanced Surface-to-Air Missile System II for more than $1 billion.

Last year the ministry had signed nearly 14 new contracts that include the purchase of T-90 Tanks, anti-submarine warfare shallow watercraft, and Akash Missile System at the cost of 379.80 billion rupees ($5 billion). India’s purse strings on its defense budget will have cascading effects on Russian, Israeli and French defense industry as well, who are major suppliers of defense equipment to India.

“We need to defer weapons imports so that we push money into our economy, not into other countries’ economies. The import contracts we have already signed can be discharged, but new contracts must be with domestic producers,” Shukla said in his blog, quoting a Defense Ministry official.

Laxman Kumar Behera, a research fellow at India’s prestigious Institute of Defense Studies and Analysis (IDSA) said the pandemic has shown that national security is not just military. “Its (pandemic) impact in terms of loss of human lives, extreme suffering of the population living on the margins, loss of jobs and other serious economic setbacks are no less than the ravages inflicted in an inter-state war,” said Behera, a former member of the government’s Defense Modernization and Self-reliance project.

He said the health care infrastructure has remained in a poor state in India due to decades of underfunding. The annual public expenditure on health was still just 1.28% of India’s GDP. At present, India has eight doctors per 10,000 people, compared to Brazil’s 21, Russia’s 40, China’s 18, and South Africa’s nine.

After registering an impressive growth of 8.2% in 2016-17, the Indian economy was already on a declining trajectory, due to the slowdown of the global economy, rising trade tensions between the world’s two largest economies, and domestic issues.

In his paper for the IDSA, Behera said addressing the manpower cost will go a long way in dealing with the COVID-19 inflicted resource crunch more sustainably. Presently India spends over 60% of its budget on salary and pension. In comparison, the US spends 39% of its total military expenditure on personnel costs. The UK, France, and China spend between 31-45%.

But analysts believe that a purge in salaries and pensions will throw a much bigger challenge for Prime Minister Narendra Modi-led government in the times when hundreds of thousands of people have been rendered jobless.

Afghan capital set for grand moot on peace with Taliban