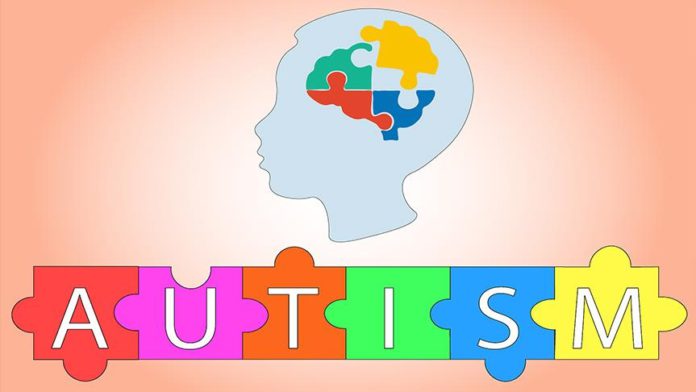 Relatives of children with autism expect others to have empathy and act accordingly so the mental development of their children will not be adversely affected, especially at a time when they are becoming more introverted due to COVID-19 and stay-at-home policies.

Despite popular belief, autism is not a disease or sickness. It simply means that those with autism have a differently functioning brain than other people and there are countless success stories of autistic individuals around the world.

World Autism Awareness Day is observed each year on April 2 under the auspices of the UN. Common symptoms of autism include communication disorders, constant moving, repetitive behaviors, fixation on specific activities, avoiding eye contact, and difficulty comprehending others’ emotions.

“Socializing used to greatly contribute to my son Arda’s mental development, but the COVID-19 pandemic forces us to stay at home, and my 11-year-old child still hasn’t gotten used to it. He always wants to gather with his classmates and gets angry and upset when we as parents tell him about this virus,” said Zeynep Kulturlu, a mother whose child was diagnosed with autism at the age of 6.

Zeynep said her husband suffers from chronic obstructive pulmonary disease and her son has mild asthma, and she is doing her best to keep her home “COVID-free,” as the virus has the potential to claim the lives of her loved ones.

“It was okay in the beginning as we, parents, would rarely leave the house. But I’ve realized over time that my son had become much more introverted. There were days in which he did not utter a single sentence. I’m worried that this will have more adverse effects on him in the coming days or years,” she said.

Although Zeynep has repeatedly attempted to explain to her son why they had to stay at home so none of them would get the virus, her efforts have not borne any fruit as her son does not fully comprehend the danger.

She also noted that the feeling of loneliness affected Arda so much that he no longer paints — a hobby he used to love and regularly practice.

“I look forward to the day when this pandemic is over. It has added to our problems. There are many other parents in my position with similar complaints,” she said.

Many individuals with autism have specific routines that they strictly follow, but the stay-at-home policy has inflicted a heavy blow in this regard.

Kemal Sami Surgun, a father of three children — with the youngest one 9 years old and diagnosed with autism — says his son has been aggressive due to mandatory stay-at-home orders since the outbreak of the pandemic last year.

“My son Ayhan pushes his siblings and sometimes yells all of a sudden. We have never seen this kind of behavior from him,” Kemal said, adding his son was once admired by teachers for his mild and friendly behavior. “There was even a time when he kicked his elder brother for no reason. It upsets me deeply as a father.”

He said his son occasionally played football with his friends, but this was no longer the case since the outbreak of the virus.

“Environmental changes are said to be among the factors leading to autism, along with the genetic background. Now that he cannot socialize with his [football] teammates, he has changed a lot. I’m afraid this pandemic will have a negative impact on his future life.”

Surgun went on to say that he wanted to take his son to his classmates’ homes from time to time so he could have some “normality.” But his son is confused each time, as staying at home has become a norm now and he does not know how to act.

“People should be aware of the suffering of children with autism during the pandemic. The ‘new normal’ has become a source of trouble for our children as their routines have drastically changed. I hope we all get vaccinated and our children can go back to their schools, where they interact with others and develop themselves physically and mentally,” he added.