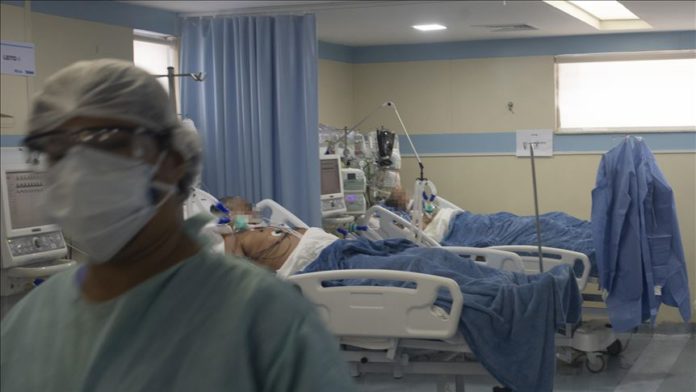 The number of coronavirus cases in Latin America does not seem to be dropping.

While quarantines have been shown to be effective in many European countries, confinement measures have not worked in some Latin American countries, where many people do not have access to housing, a formal job, water to wash their hands or six feet to distance themselves from the people they live with in small rooms.

Many fear that the pandemic will cause a catastrophe in the region. By the end of 2020, around 30 million people will be pushed into poverty in Latin America and 215 million across the Latin American and Caribbean region, predicted the Economic Commission for Latin America and the Caribbean (ECLAC) in its special COVID-19 report presented on May 21.

However, it appears that the strict measures cannot yet be lifted in some places. The relentless wave of coronavirus infections in Brazil, Peru, Mexico and Chile are a big concern for international bodies such as the World Health Organization and the Pan American Health Organization.

Once again, Brazil recorded more than 1,000 new deaths from the coronavirus, bringing the total number of fatalities to 25,598. With 20,599 new cases, the number of infected people reached 411,821.

Globally, Brazil remains the second-most affected country after the United States, which has 1,698,581 cases and 100,276 deaths, according to US-based Johns Hopkins University.

Despite being one of the hardest-hit states, São Paulo, the biggest hotspot of cases in Brazil, will begin to gradually reactivate its economy on Monday.

São Paulo Governor João Doria announced Wednesday that the state will enter a new phase of quarantine as of June 1.

“We will maintain the quarantine until June 15, but with the resumption of some economic activities,” Doria said at a press conference.

According to Doria, economic activities will return gradually and will depend on a sustained decrease in cases and on the availability of ICU beds. Contrary to what President Jair Bolsonaro has said, São Paulo authorities have stressed that without the quarantines adopted, the numbers of victims would be much higher.

The Ministry of Health reported Wednesday that the number of cases of COVID-19 in the country rose to 135,905. As of yesterday, 129,751 had been reported. Peru has had 73 days of mandatory national confinement, night curfews and closed borders, among other measures.

The drastic measures have left the economy semi-paralyzed, which operated for two months at 44% of its productive capacity. In that period, one out of every four Peruvians was left without an income.

The emergency and intensive care units of public hospitals are working at full stretch due to the high number of patients they receive day and night.

Chile could repeat the experience of Spain and Italy, being the next country where the health system collapses. Dozens of ambulances wait up to 12 hours or more for patients with COVID-19 to be treated, and many are not able to pay the high costs of medical care.

Mexico also reported troubling escalations in its coronavirus outbreak, with a new high of 501 deaths and 3,455 new confirmed cases pushing its total above 74,500. Although the figures continue to rise, the country is planning on reopening its social and economic activities gradually by early June.

President Andrés Manuel López Obrador said Wednesday that “there are signs” of a decline in the pandemic in Mexico City, the main coronavirus spot. However, the capital’s head of government, Claudia Sheinbaum, said there has been an increase in the number of cases in the capital’s hospitals.