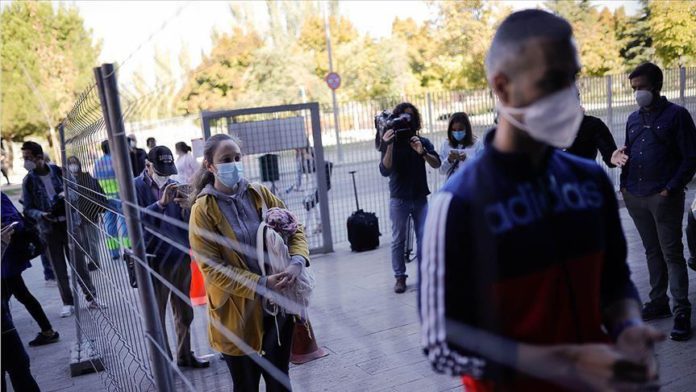 Two more Spanish cities will be confined, authorities announced Monday, as the total number of coronavirus cases in Spain surged to 813,412.

Unauthorized movement in or out of the cities of Leon and Palencia, with a combined population of more than 620,000 people, will be forbidden as of Tuesday due to a surge of new coronavirus infections and growing pressure on hospitals.

They join the capital, Madrid, and several other Spanish towns and cities which are already in varying degrees of confinement.

Madrid’s government is trying to legally appeal the order to limit movement in the capital region, but on Monday the National High Court rejected the request to suspend the measures on a precautionary basis. The legality of the measures is still being studied.

Between Friday and Monday, Spain’s Health Ministry reported 23,480 new infections – down by more than 8,000 compared to the previous weekend.

Another 139 COVID-19 deaths were also confirmed over the past three days, a drop compared to daily averages last week.

Yet the pressure on hospitals has risen compared to Friday, with nearly 11,000 COVID-19 patients currently in Spanish hospitals, occupying 9.4% of all hospital beds and 18% of intensive care units.

Despite the high number of infections, most schools remain open. Local media calculates that 144 educational centers are currently temporarily closed due to outbreaks. One of those, the Polytechnic University of Valencia, switched over to online classes after dozens of students were infected at a party at a student residence.

So far at least 4,759 classrooms have shut down and more than 350 teachers have tested positive for the virus.