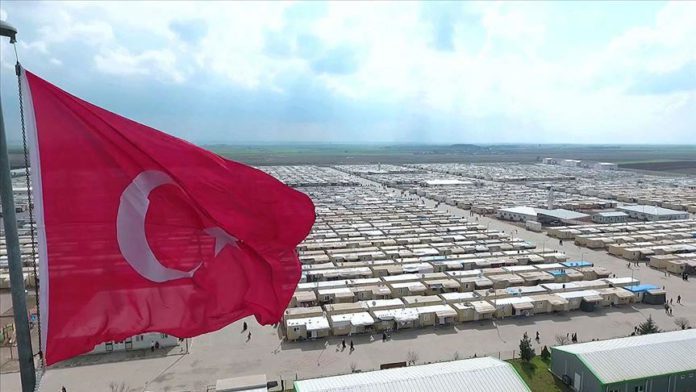 Within the last six years, Turkey has sustained its status of the country that hosts the largest number of refugees in the world, the spokesperson for the UN High Commissioner for Refugees in Turkey said on Friday.

In an exclusive interview with Anadolu Agency, Selin Unal said that it is hard to describe Turkey’s generosity and hospitality.

“Turkey has protected its position as the country that hosts the largest refugee population in the world by hosting about 4 million people in need of international protection in 2019,” she said.

Unal also stressed that Turkey has retained the title for the last six years.

Highlighting the generosity and hospitality of the Turkish people, Unal said the host countries, and Turkey as well, deserve respect, support and solidarity.

Drawing attention to the international refugee crises, Unal said the number of forcibly displaced people worldwide has doubled in the past 10 years due to wars, conflicts and persecutions.

She said the number of internally and externally displaced people in 2019 reached almost 80 million.

Stressing the effects of the displaced people around the world, Unal said displacements affect over 1% of people globally and the number of people who can return to their homes among the displaced is dropping day-by-day due to inadequate conditions.

She said two-thirds of displaced people around the world are from Syria, Venezuela, Afghanistan, South Sudan, and Myanmar.

“85% of refugees migrate to either developing countries or neighboring countries,” Unal said.

Unal said the coronavirus outbreak threatens also refugees as much as everyone.

“Turkey has an inclusive approach in the fight against the outbreak that protects the refugees as well and this is a very important issue for success in the struggle,” she said.

Unal also added that the outbreak dragged all refugees around the world, especially Syrians, to a more desperate situation.

Referring to the deficiency of basic necessities for the refugees, Unal said refugees cannot access to the basic needs to protect them against the pandemic, so further humanitarian aid needs to be provided for them.

Turkey collects over 4,200 cubic meters of mucilage from sea in...