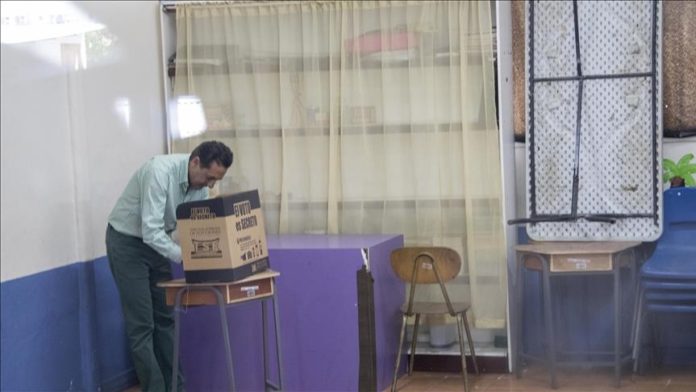 Figueres had 27% of the votes in preliminary results released by the Supreme Elections Tribunal Monday morning, with 75% of the votes counted. Chaves, of the Social Democratic Progress Party, obtained 16% of the votes, followed by conservative evangelical preacher Fabricio Alvarado of the New Republic Party with 15%.

The ex-president was trailed by Chaves, a former World Bank official who ran the finance ministry under outgoing President Alvarado. He has been accused of sexual harassment during his career, although he has denied any wrongdoing.

Twenty-five candidates were competing for Costa Rica’s presidency, but none caught the votes of a substantive portion of an electorate that was undecided. To avoid a second-round vote in early April, a candidate had to win more than 40 percent of the votes in Sunday’s election.

Alvarado will leave office with an approval rating below 15% because of economic problems stemming from the coronavirus pandemic, including unemployment levels that have soared.

The economy is heavily dependent on tourism that has been hit hard by the pandemic and experiencing a slow road to recovery.

In his first statements, Figueres said that he was “one step away from starting the rescue and transformation of Costa Rica.”

“The time we live in is extraordinary in many ways, it is a time of urgent challenges such as the tragedy of unemployment and the highest level of poverty in decades,” Figueres added.

The electoral authority is expected to declare the official results in the next few days. The winner will take office for the 2022-2026 term on May 8.​​​​​​​