TurkishPress
Home News Cost of Beirut port explosion up to $5B: Governor 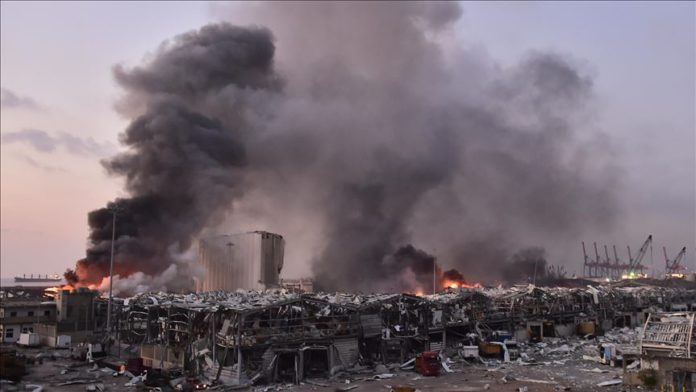 In the wake of Tuesday’s deadly port explosion in Lebanon’s capital, Beirut’s governor said that the material damage from the incident will cost some $3-5 billion.

“Beirut has become a devastated city… half of it destroyed and hundreds of thousands of residents will not be able to return to their homes before two or three months,” Marwan Abboud told reporters Wednesday.

On Tuesday, a massive explosion rocked the Port of Beirut, killing at least 100 and injuring 4,000 others and caused massive damage in several neighborhoods of the capital.

The governor said there were “no accurate numbers regarding the missing.”

The explosion took place as Lebanon’s economy was facing its worst crisis in decades.

It also happened days before Friday’s scheduled verdict by a UN-backed court in the case of the assassination of former Prime Minister Rafik al-Hariri.