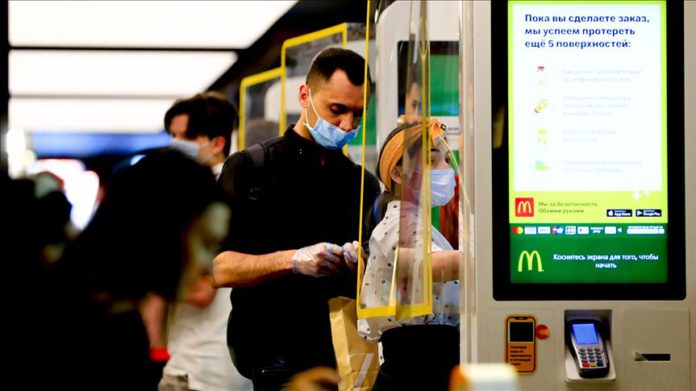 Russia’s coronavirus-linked deaths this week dropped below 1,000 for the first time since April, latest figures show.

Virus-related fatalities fell from 1,163 last week to 962 ‒ a nearly 20% fall, according to the data by the country’s coronavirus task force on Sunday.

Recoveries, meanwhile, outnumbered new cases for the second week in a row.

In comparison, 59,376 people recovered and discharged from hospitals against 59,301 the previous week.

Russia has the third-highest number of infections, just behind the US and Brazil.

Authorities term the developments a “gradual exit from the pandemic,” which began in China last December, urging to stay alert till a vaccine against the disease is developed.

Trials for several vaccines have started, and authorities have so far approved two medications for the strain’s treatment.

In June, most of the lockdown measures were eased throughout the country, including the capital Moscow.

Some regulations, however, such as mandatory social distancing in public places and wearing face masks and gloves, have been introduced since then. There are limits to social gatherings at certain public venues as well.

The pandemic has claimed over 499,000 lives in 188 countries and regions, according to US-based Johns Hopkins University.

More than 10 million cases have been reported worldwide, while over 5.06 million patients have regained health thus far.