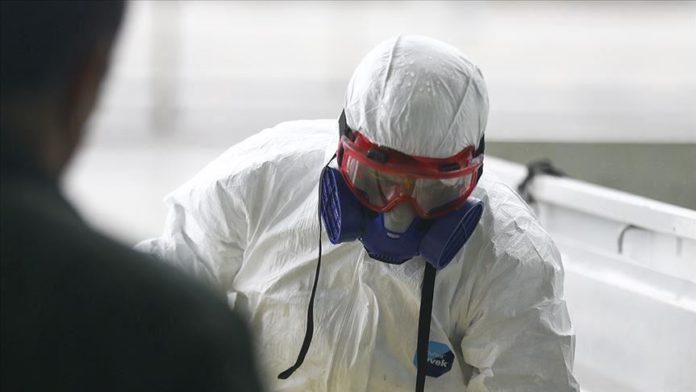 Health authorities in Sudan, Oman and Palestine confirmed new fatalities and infections from the novel coronavirus on Wednesday.

The Sudanese Health Ministry said 14 people died from COVID-19 over the past 24 hours, bringing the nationwide death toll to 184.

A further 170 new infections were recorded in Sudan, pushing up the total figure to 4,146, a ministry statement said, adding that the country’s recoveries rose to 588 after 85 people have recovered from the disease.

In Oman, the Health Ministry said one person died from the disease, taking the overall deaths to 38. The Gulf state’s case tally also rose to 8,373 after 255 new infections were recorded.

Meanwhile, Omani authorities decided on Wednesday to lift a lockdown imposed in the capital Muscat as to combat the virus as of Friday with civil servants beginning to return to work from office as of Sunday.

Palestinian authorities have so far confirmed five deaths from the illness.

In Tunisia, health authorities said 10 patients have recovered from the virus.

The country has not recorded any deaths or infections from coronavirus over the past 24 hours.
Tunisia’s death toll now stands at 48 deaths and 1,051 infections.

The pandemic has claimed more than 350,900 lives in 188 countries and regions since originating in China last December.

The US and Europe are currently the world’s worst-hit regions.

More than 5.61 million cases have been reported worldwide. As many as 2.3 million people have recovered so far, according to figures compiled by the US’ Johns Hopkins University.