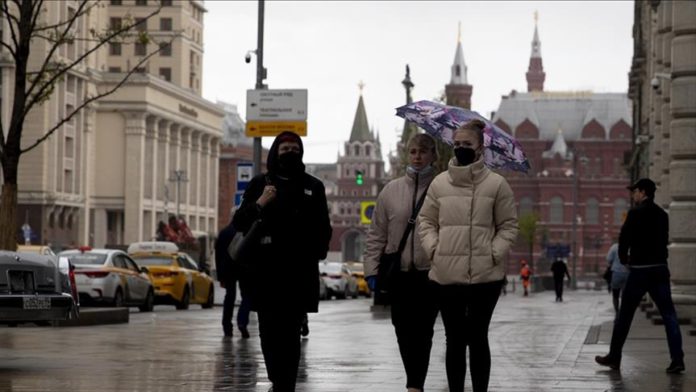 With 28,145 new infections reported on Thursday, the coronavirus pandemic is showing no signs of slowing down in Russia.

Daily figures in the country have touched new highs almost every day since the beginning of the autumn-winter season, jumping almost six times from 5,000-plus in September to over 28,000 by December.

Russia’s COVID-19 caseload swelled by 28,145 over the last day to cross 2.37 million, with active cases standing at 474,088, according to the daily official update.

Daily fatalities were at 554, slightly less than the previous day, and moved the death toll up to 41,607.

With a new record of 29,502, recoveries in Russia have now reached 1.85 million, the latest data showed.

On Wednesday, President Vladimir Putin gave the nod for mass vaccination in Russia starting next week, with doctors and teachers first in line for the jab.

Russia was the first country to register a coronavirus vaccine – Sputnik V – for public use.

Shortly after Sputnik V was registered, Russian authorities granted permission for mass use of another vaccine developed by the Novosibirsk-based Vector Institute of Virology and Biotechnology.

Both vaccines are to be administered in two doses. They are currently authorized for people aged between 18 and 60 and can be combined with other antigens, including those against the flu.