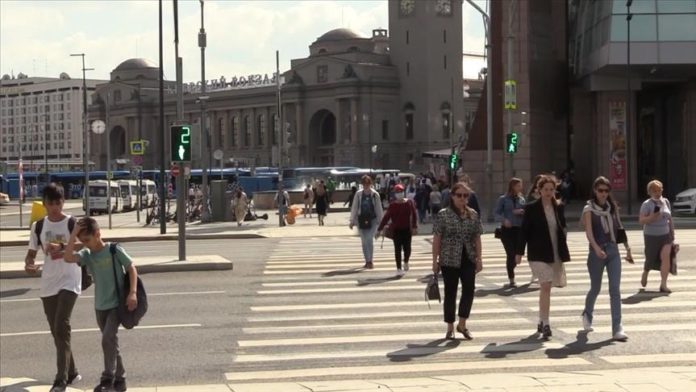 As Russia faces a sharp increase again in infections, the Kremlin on Monday called the coronavirus situation in the country “difficult.”

“The incidence rate is growing in more regions, there were about 30 regions initially, today we see that about 65 regions give an increase in morbidity to some extent,” he said.

Kremlin spokesman Dmitry Peskov echoed the health minister, describing the situation as “difficult”. He said the developments are still “more bad than good.”

Russia on Monday reported 17,378 new cases registered over the last 24 hours, pushing the caseload to 5.33 million while active cases reached 326,070.

As many as 440 people died over the past day, with the nationwide death toll hitting 129,801, the coronavirus emergency task force said in a daily report.

The total recoveries stand around 4.87 million as 8,361 more people recovered.

Moscow keeps first place by the most cases, making up for almost half of all infections — 152,805 are being treated in Russia’s capital.

According to Moscow Deputy Mayor Anastasia Rakova, the situation is not getting better despite tougher measures announced last week.

Restaurants, bars, clubs, and discos cannot serve visitors from 11 p.m. to 6 a.m., fan zones for EURO 2020 and dance floors are closed, and the potential audience for mass events is limited to 1,000 people.

On Monday, Rakova announced that the first phase of the Sputnik V vaccine trial for teenagers aged between 12-17 will start in Moscow in July.

The study will be held in three phases, with the first and the second to be run in two different children’s hospitals, and the third in Moscow polyclinics.

Currently, the officials opened preliminary recruitment of volunteers to participate in the first and second phases.

Based on the results, it will be possible to make a decision on the inclusion of this age group in the coronavirus vaccination program.