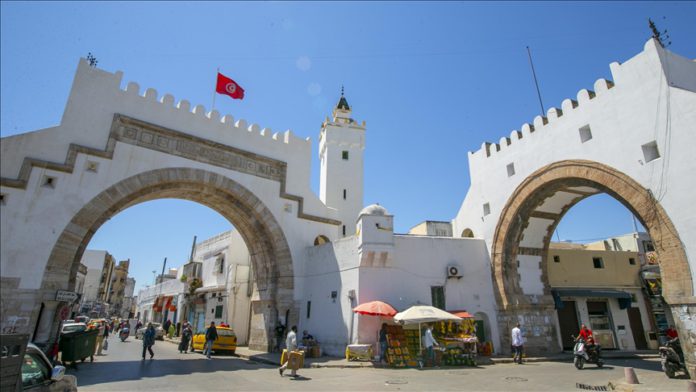 Torn between health and economic concerns, Tunisia had relaxed its pandemic restrictions and reopened its borders in June, which resulted in a spike in infections and aggravated the country’s healthcare crisis.

Anadolu Agency talked to some medical staff in Tunisia on main challenges they face in the north African country’s health system.

With a broad experience in working with private and public health sectors in Tunisia, physician Taoufik Kraiem told Anadolu Agency the current crisis facing the country’s health system is complex.

“First, we should know the healthcare problems started in the 1990s. Broadly speaking, the state mismanaged the health system. It favored establishing and supporting the private sector at the expense of the public sector,” he said.

The latest in-depth statistical report on health infrastructure published by the Tunisian Health Ministry dates back to 2017. The figures show that in 2016-2017, private hospitals’ capacity rose 1% while the capacity of public hospitals dropped by the same percentage.

Yet, public health sector still accounts for almost 80% of hospital capacity in Tunisia.

Wakkas Mejdi, a medical intern based in Tunis, said the health sector is now in crisis not only because of the pandemic, but also due to many infrastructural problems which remained unresolved in recent years.

“Health infrastructure has been abandoned for years. … It is not a matter of private vs. public sectors,” Mejdi told Anadolu Agency.

When asked about the possibility of stemming this drain, Taoufik said Tunisia cannot do much to solve the problem.

“What can Tunisia do? Nothing. … The EU, France, and the IMF set conditions, not Tunisia. And the colonial mind is still at play,” he said.

More than 3,000 Tunisian doctors are abroad as Health Minister Faouzi al-Mahdi said in a press release on Nov. 3. Many doctors abroad are enthusiastic to come back and help Tunisia deal with the pandemic and the state will facilitate their return, according to al-Mahdi.

M. Karam, a senior nurse based in southern Tunisia, told Anadolu Agency it is not enough to resort to doctors abroad, and that the ministry knows that few, if not none, will return to Tunisia.

“It is true that there is a lack in the medical and paramedical staff, not to mention the equipment, … but what the Tunisian health system really lacks is a strong administrative staff with health management degrees. Many hospitals have arts and language graduates holding bureaucratic positions,” he said.

“The pandemic revealed the fragility of Tunisia’s healthcare system and the absence of a clear strategy and political will of decision-makers to better the situation,” medical intern Mejdi also added.

Number of coronavirus cases in Russia rises past 47,000