TurkishPress
Home News Coronavirus: No 'drastic change' in use of online dating apps 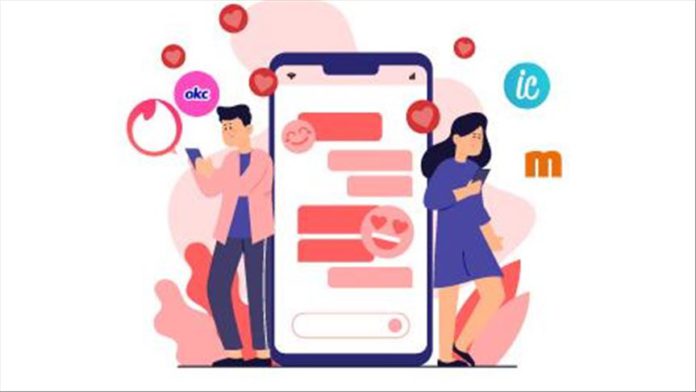 There has been no drastic rise in users of online dating apps during coronavirus restrictions, according to the latest data released.

It said that the US-based Tinder had 800k users in Turkey in January 2020. The number increased by a mere 10% during the restrictions, reaching 900k by May end.

The 2019 figures by the Turkish Statistical Institute show that 75% of individuals between the ages of 16 and 74 in the country have access to the internet. With young adults (25-34 years of age), the ratio goes up to 88%.

Gemius Turkey, which analyzed the effects of the pandemic on digital users in Turkey, revealed that people focused more on their online job meetings and online classes as students rather than meeting new people on the internet.

An evidence of this is the growth of online meeting app Zoom, which reached 4 million people in Turkey, a 20-time increase. Before the outbreak in January, it had 200k users.

In recent years, online dating apps such as Tinder, The Inner Circle, OkCupid, and Happn have become popular among young adults in Turkey, according to a study by psychology department of Istanbul’s Ozyegin University.

The research, Online Dating Platforms as the Digital-Match-Maker, conducted by Selenga Gurmen and Dilşah Ece Eren, however, proposed that young adults in Turkey have trust concerns in terms of online dating context.

Eren and Gurmen confirmed that Turks do consider matchmaking websites unreliable and virtual dating is not the most preferred way of matchmaking, and hinted that the phenomenon furthered during virus restrictions.

“When we explored the trust in online dating platforms and online daters, we saw a very high ratio of mistrust. For instance, 83% of the participants reported that they cannot trust people they meet at such platforms,” the research said.

Meanwhile, 90% of the participants agreed that people at such platforms could be fake or enter false information.

Meeting via online dating platforms is not a favorable way to find romantic partners. However, despite the negative views, it is not the worst option to seek romance, the study revealed.

“There are always trust concerns involved as people usually think that there is a minimum possibility to start a long-term or committed relationship through online dating. To sum up, there is a stigma in Turkey attached to online dating, and relationships started online,” said Eren and Gurmen.

On the other hand, another study conducted by Dilşah Ece Eren under the supervision of Selenga Gurmen, Comparison of Online vs. Offline Dating in terms of Romantic Beliefs, Commitment, Relationship Maintenance, and Relationship Satisfaction, stated that there is no difference between online vs. offline-initiated relationships in terms of relationship experiences.

Comparing these two studies, it can be concluded that online dating attitudes and online dating experiences are different from each other. These negative attitudes may come from favoring traditional ways of developing romantic relationships in Turkey.

Quoting a Turkish citizen who had applied to Presidency’s Communication Center (CIMER), Turkish daily Milliyet reported last December that matchmaking websites are unsafe communication channels, were exploiting rapid urbanization, and have weakened the institution of marriage.

The individual asked the government to step in, and form a matchmaking website under its supervision to ensure the accuracy of personal information provided by the users to make it a reliable meeting opportunity for people hooked to the digital world.

Replying to the proposal, the Ministry of Family, Labor, and Social Services said the issue can be discussed academically, and that traditional methods such as arranged marriage system could be revived.

According to the latest surveys in the US, conversation on Tinder during the outbreak prolonged by 25% in the country.

The Inner Circle also officially confirmed that the number of messages being sent is up by 116%.

The dating app’s internal questionnaire in the US market revealed that 92% of Americans were willing to go out on dates during the pandemic.

During the virus outbreak, the OkCupid app has seen a 20% rise in conversations and a 10% increase in matches, according to the company’s blog.

Yet, Eren and Gurmen said, there is so far no data available to conclude the coronavirus impact on online dating in Turkey.

On the contrary, according to the Gemius report, online dating app usage did not increase in Turkey during the COVID-19 era.

As Gurmen and Eren stated, there is a stigma attached to online dating in Turkey.

During the virus lockdown, there was no way to test information entered online. Hence, trust concerns of people may have increased, choosing to stay away from internet dating.

However, Eren and Gurmen stated that these are only assumptions. Data-based studies need to be conducted to investigate further.

According to App Annie — an app market analytics and data provider — Tinder is the most downloaded dating app in the world.

In the summer of 2019, Russian communications regulatory agency Roskomnadzor had asked Tinder to share its user data. Although Tinder confirmed the request, it did not share any data with the agency.

In Russia, dating websites are required to comply with internet laws, and Mamba is one of the companies on Roskomnadzor’s list.

Turkey’s internet regulatory body, the Information and Communication Technologies Authority (BTK), has not restricted the dating app so far, although it has imposed age restriction for Tinder users. Users age 18 or above can subscribe to Tinder.

Online dating companies from US, Russia

Dating website Mamba, seen as the leader of internet dating in Russia and Eastern Europe, is competing with Tinder in Turkey, as reported by Russian daily Kommersant.

According to the company’s online profile, 40 million people are hooked to Mamba and over three million users meet on this digital platform every day.

Mamba’s officials told Kommersant that the company is operating in Turkey with an initial investment of $1 million.

The app is active and can be downloaded in Turkey.

OkCupid also run in the market

OkCupid has also made strides in Turkey recently. It operates under the Match Group, which also owns Tinder.

According to Statista, the German online data portal, in the first quarter of 2020 alone, Match Group has romped home revenue of $544.6 million.

The app has been available in Turkey for five years.

The review figures of dating sides last updated in April show that OkCupid has five million active users across the world. Almost one million people download the app each week.

Anadolu Agency reached the Match Group office that owns OkCupid for user figures for Turkey. The Dallas office, however, was not available for a comment, and no information has been released on how much OkCupid has invested for its Turkey operations.

OkCupid’s CEO Ariel Charytan told Yahoo Finance early February that after taking over Israel, the app is looking to take a deep dive into the Turkish market.

Unlike Tinder’s swipe and ‘like’ feature on matchmaking, OkCupid makes its users answer political and cultural questions.

The app’s matchmaking algorithm works to ask its users a series of questions and profiles them according to their answers.

The company also poses questions relevant to Turkish culture. For instance Turkish users have been asked: “Does Ramadan [the Muslim holy month of fasting] play a role in your life?”

Although online dating may still seem an untraditional way of meeting, and may not fulfill ordinary standards, the app, according to Eren and Gurmen, has been considering social contexts and traditional lifestyles of Muslim-majority countries such as Turkey.