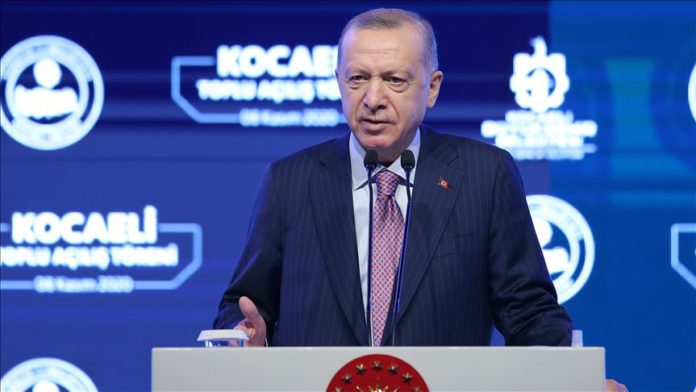 “Distortion and injustice in Western societies have become much more obvious, especially during the coronavirus pandemic,” Recep Tayyip Erdogan told a mass opening ceremony in the northwestern province of Kocaeli.

Decrying how people in some of the most-developed countries died from COVID-19 due to lack of access to basic healthcare services, he stressed that stoking Islamophobia will not rescue Western countries from this problem.

“We see that Western countries face serious problems not only with their social fabric and social peace but also economically,” he said.

Policies of hostility to Islam and xenophobia are of no help tackling such issues, Erdogan added.

“We are witnessing the mental misery under the veil of debauchery in Western countries, and how undeveloped countries are doomed to poverty,” he explained.

Across the world, COVID-19 has claimed more than 1.25 million lives in 190 countries and regions since last December.

Nearly 50 million cases have been reported worldwide, with over 32 million recoveries, according to figures compiled by the US’ Johns Hopkins University.