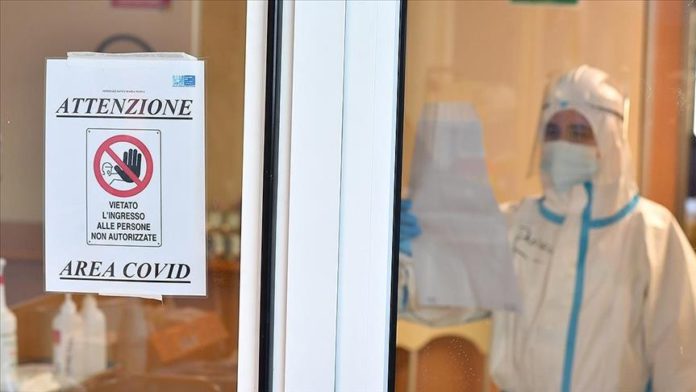 Italy on Thursday hit a record number of daily deaths related to coronavirus since the start of the pandemic, at 993, despite a slowdown in the contagion curve.

According to the latest Health Ministry data, the new fatalities brought the national death toll to 58,038, the second-highest in Europe after the UK.

The country also recorded 23,225 new cases of the novel coronavirus, up 12% from the day before, as testing picked up pace.

Despite the daily rise in deaths and infections, experts noted that the general trend seen in the past two weeks confirms that the contagion curve is decelerating.

The infection rate remained stable at around 10%, far from the peak at around 18% seen in October, when the contagion curve spiked up after a summer lull.

Struggling to contain the second wave of the pandemic, the government adopted stricter measures for the Christmas period in a bid to allow people to celebrate with their closest relatives, without risking a third wave of infections early next year.

The new curbs — which will be effective from Dec. 4 — will include an almost total ban on international movements and between Italian regions from Dec. 21 to Jan. 6, aimed at avoiding the spread of the virus across the country and limiting huge get-togethers.

The restriction will be even tougher on Dec. 25-26 and Jan. 1, when citizens would not be allowed inter-city travel.

A nationwide curfew at 10 p.m. (2100GMT) will be maintained also on Christmas night and New Year’s Eve, likely obliging Italian churches to call off the traditional midnight mass.

Italian regions on Thursday protested against the government measures, complaining they were not consulted over them and that the rules ignored the families’ needs.

Merkel in self-quarantine over coronavirus concern