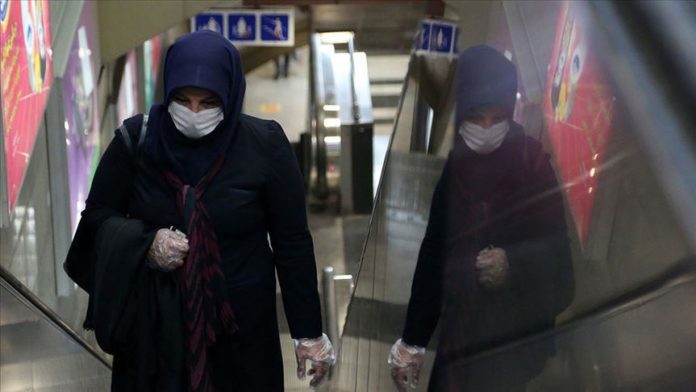 As many as 208 new coronavirus-related fatalities have raised the death toll in Iran to 17,190, the Health Ministry said on Sunday.

A further 2,685 people tested positive for COVID-19 over the past 24 hours, raising the caseload to 309,437, according to ministry spokeswoman Sima Sadat Lari.

She said more than 268,102 patients have recovered so far, while 4,089 remain hospitalized in critical condition.

Over 2.5 million tests have been conducted in Iran to date, Lari added.

The surge in daily fatalities has increased fears of a collapse of Iran’s already overwhelmed healthcare system.

Iran was one of the first countries in the region where the virus spread, with its first two COVID-19 deaths reported in the city of Qom, 140 kilometers (87 miles) south of the capital Tehran, on Feb. 19.

In the first wave of the outbreak, single-day fatalities peaked at 158 on April 4, before dropping to their lowest – 34 – on May 25.

After a remarkable improvement in June that prompted authorities to ease virus restrictions, daily cases and deaths rose sharply in July.

Despite the pandemic, President Hassan Rouhani has allowed holding annual mourning processions due to start later this month.

Shia Muslims hold mourning processions, which attract large crowds, in the month of Muharram to mark the martyrdom of Prophet Muhammad’s grandson, Imam Hussein, who was killed in a battle in the Iraqi city of Karbala in 680 AD.

US urges Afghan Taliban to comply with peace deal