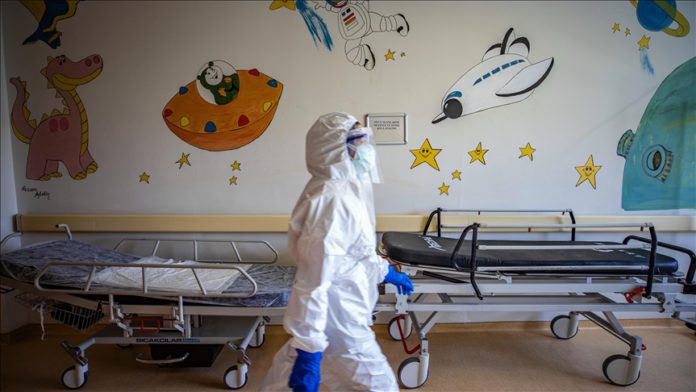 Coronavirus infections continued to surge in Spain’s younger population, with the Health Ministry reporting a major jump in new cases on Friday.

The country detected 12,563 new daily infections, which is more than twice as high as the figure from the same day last week.

The majority of these infections are seen in people under 40 years old, most of whom remain unvaccinated.

The infection rate is the highest in people between 20 and 30 years old, where the 14-day infection rate per 100,000 people has surged to 450 — more than five times higher than the national average.

Part of the viral explosion has to do with the largest super-spreader event detected in Spain since the pandemic began. What began as celebrations to mark the end of the school year on the island of Majorca has left around 2,000 people testing positive for the disease and hundreds more in isolation.

Spain is one of the EU’s leaders in terms of vaccination, but also has some of the most relaxed restrictions on the continent.

So far, nearly 55% of Spain’s population has received at least one jab, with 39% of the population fully vaccinated.

But just 12% of those in their 30s and 10% of those in their 20s have been given any protection from the virus. Now on summer holidays, many younger people are using the new freedoms to travel around the country and enjoy the reopened nightclubs.

Despite the younger population being affected, hospitalizations are slowly beginning to tick up. This week saw a 2% rise in hospitalizations compared to the last, although the number of patients in intensive care units continues to decrease and deaths are at record lows.

Of the 80,911 people who have officially died of COVID-19 in Spain, 59 lost their lives over the past week.