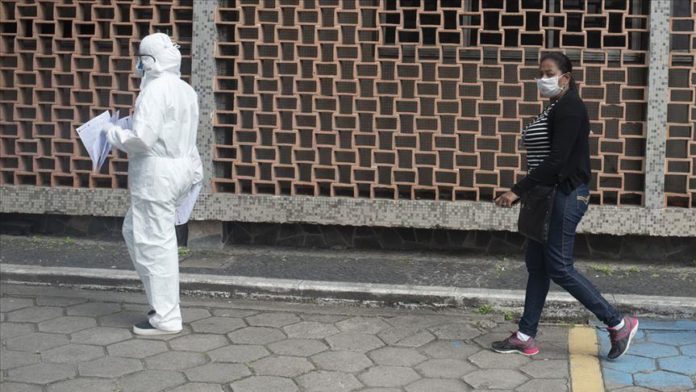 Brazil reported 631 more fatalities from the novel coronavirus over the past day, according to the Health Ministry figures released on Monday.

The total count of virus-borne deaths rose to 72,100 in the country.

A total of 24,831 more infections were confirmed across the Latin American country in the last 24 hours, pushing the overall tally to over 1.86 million.

The number of recoveries in the country passed 1.12 million.

Brazil, the world’s second worst-hit country by the pandemic, is regarded as the epicenter of the outbreak in Latin America.

President Jair Bolsonaro, who recently contracted COVID-19, is accused of underestimating the threat of the virus.

Across the world, COVID-19 has claimed nearly 570,000 lives in 188 countries and regions since emerging in China last December.

Nearly 13 million cases have been reported worldwide, with the US, Brazil, India, and Russia currently being the worst-hit countries, according to figures compiled by the US’ Johns Hopkins University.

The data shows more than half of all people infected with the virus worldwide — over 7.11 million — have recovered so far.