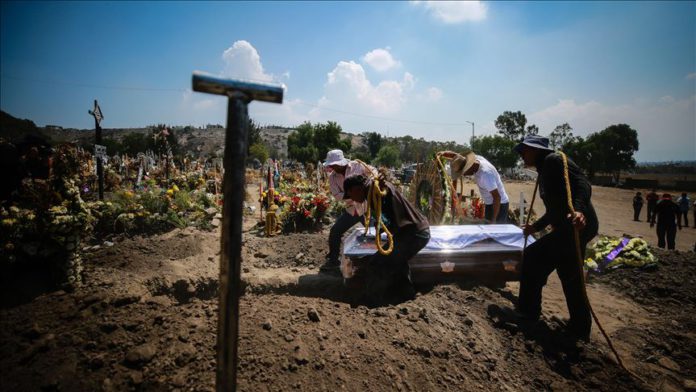 COVID-19 has now spread to all 54 countries and territories in the Americas, with more than 5.4 million cases and over 250,000 deaths reported to date.

The US and Brazil together currently account for 76% of all deaths reported in the region.

Brazil confirmed the first case of COVID-19 on Feb. 26, which was also the first case of the virus detected in Latin America. The country recorded the second highest number of daily cases of the coronavirus since the beginning of the pandemic, bringing its total to 1,496,858.

Mexico has the sixth-highest number of deaths worldwide from COVID-19.

Peru has officially registered more than 10,000 deaths and 292,000 cases as of Thursday. It now has the fifth highest number of cases worldwide and second highest amount in Latin America.

A total of 71,328 people died in Peru between March and June from various causes, 92% more than in the same period of the previous two years, when approximately 37,000 people died in both 2018 and 2019, according to data from the National Death Information System.

The system shows that figures for other causes of death remained at normal values during March through June, so the excess deaths may be directly due to suspected cases of coronavirus that were not tested.

US senator urges use of military against Floyd protests