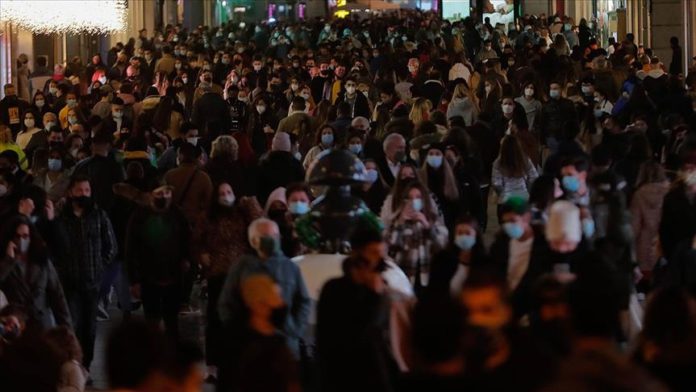 Spain registered another unsettling increase in coronavirus cases and deaths on Tuesday, with 10,328 new infections and 388 fatalities.

This is the second-highest daily spike in new infections so far this month. After weeks of steady decline, the past three consecutive days of Health Ministry reports have pointed to a newly accelerating trend in infections.

Tuesday’s surge comes exactly one week after most of Spain celebrated a four-day long holiday weekend. Nearly all of Spain’s regional governments have also moved to relax measures within the past weeks as the case numbers have dwindled.

“If we aren’t more restrictive, we’re on our way to a third wave after Christmas,” Daniel Lopez Acuna, a former WHO director who now resides in Spain, told the broadcaster Onda Cero on Tuesday.

“The increases we’ve seen are a clear reflection of what happened two or three weeks ago – the frenzy around Black Friday and the crowds that formed around Christmas shopping.”

Spain is set to further loosen restrictions for the Christmas holidays, although the plans are not set in stone.

Measures could be tightened if the situation continues to get worse, Spain’s chief epidemiologist warned on Monday.

The total number of hospitalizations also remained stable, making this Tuesday the first in a month and a half in which the number of active COVID-19 patients did not decline.

As a pattern, a large number of hospitalized patients tend to be discharged on Mondays in Spain.