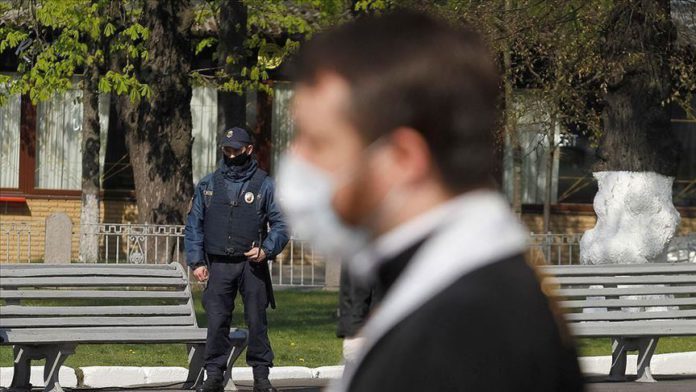 Coronavirus cases and fatalities continued to rise across Eurasian countries on Monday.

In Belarus, 707 more people were confirmed to have contracted COVID-19, bringing the total to 54,680.

The death toll hit 122 and 5,739 people have recovered from the disease.

Meanwhile, 4,463 are still under medical treatment.

In Moldova, cases rose by 139 over the past 24 hours, bringing the total to 11,879, according to the Health Ministry.

Out of total cases, 1,920 of them are healthcare professionals, the ministry added.

As part of the normalization process, restaurants, cafes were reopened and flights resumed.

A total of 1,608 patients are still receiving treatment in Tajikistan, according to the Health Ministry.

Some 49,000 people are being kept under medical surveillance in the country as 1,139 are still receiving treatment.

In Kazakhstan, the number of total cases rose to 14,809, according to the Health Ministry.

The quarantine regime in Almaty city, which has the most COVID-19 cases in the country, has been strengthened.

The pandemic has killed over 434,300 people worldwide, with more than 7.96 million confirmed cases and over 3.8 million recoveries, according to figures compiled by the US’ Johns Hopkins University.