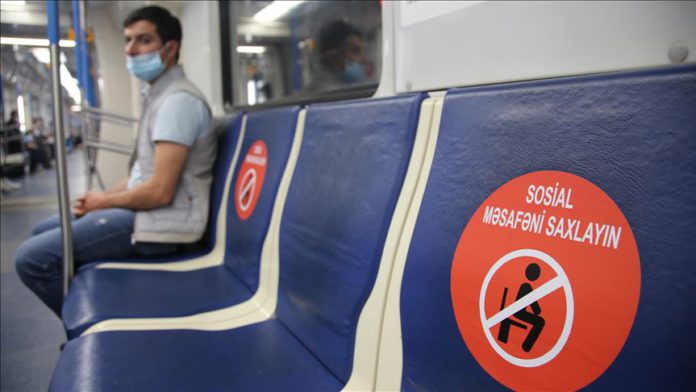 The number of infections and fatalities from the novel coronavirus continued to rise Friday across Eurasian countries.

Due to the growing number of patients, a quarantine was extended until July 31.

Cases increased to 23,247, as 759 people contracted COVID-19 in the past 24 hours, according to Health Ministry data.

The death count climbed by 13 during that time to 410.

With rising case numbers, some restrictions will be re-activated this weekend in regions most affected with residents restricted from leaving their homes.

In the capital of Nur Sultan, stores and shopping malls will not operate June 27-28, but markets, pharmacies and hospitals will open.

Forty-three people lost their lives from the virus.

The Central Asian country has carried out 1.1 million tests.

A total of 2,423 patients are still under treatment. And 60 are under surveillance in hospitals.

Georgia reported two new cases in the past 24 hours, bringing the tally to 922.

Fourteen have died and 780 recovered.

As many as 260 people are under surveillance in hospitals, and 2,687 are in quarantine.

A total of 456,215 tests have been conducted and 6,818 patients are receiving medical treatment.

In Belarus, 331 people were confirmed to have contracted the virus, bringing the total to 60,713. The number of recoveries reached 42,689 and the death toll hit 373.

At least 56 more cases in Tajikistan pushed the overall count to 5,747, including 4,331 recoveries.

So far, 52 people have died from the virus.

A total of 1,364 patients are receiving treatment, according to the Health Ministry.

The pandemic has killed more than 493,600 people worldwide, with an excess of 9.7 million confirmed cases and greater than 4.9 million recoveries, according to figures compiled by US-based Johns Hopkins University.