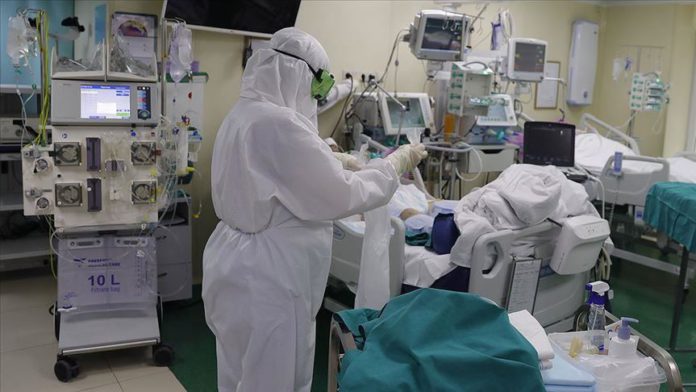 Iraq’s Health Ministry said in a statement that 84 people had died from the virus, along with 4,326 new infections, over the past 24 hours.

In Saudi Arabia, health authorities confirmed 30 deaths and 593 infections in the past 24 hours.

Meanwhile, 13 fatalities and 557 infections were confirmed in Oman.

A statement by the Gulf country’s Health Ministry added that total cases had risen to 91,753, including 409 deaths.

In Libya, the National Center for Disease Control confirmed 11 deaths, as 886 patients tested positive for the virus over the past 24 hours.

Also, another 786 patients were infected from the COVID-19 in the United Arab Emirates.

According to a statement by the Emirati Health Ministry, the case tally reached 82,568, including 402 deaths and 72,117 recoveries.

The Qatari Health Ministry, meanwhile, said 244 infections had been confirmed.

Worldwide, the virus has claimed more than 942,000 lives in 188 countries and regions since it broke out in China in December.

The US, Brazil, India are currently the worst-hit countries.

Over 29.9 million COVID-19 cases have been reported worldwide, with recoveries surpassing 20.3 million, according to figures compiled by the US’ Johns Hopkins University.