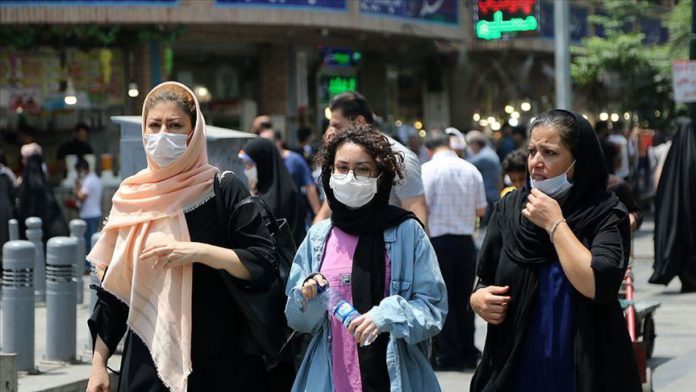 As many as 163 new coronavirus-related fatalities have raised the death toll in Iran to 18,427, the Health Ministry said Sunday.

A total of 2,020 people tested positive for COVID-19 over the past 24 hours, pushing the tally to 326,712, according to ministry spokeswoman Sima Sadat Lari.

She said more than 284,300 patients have recovered so far, while 4,022 are hospitalized in critical condition.

Over 2.6 million tests have been conducted in Iran to date.

Despite an upsurge in infections, President Hassan Rouhani has allowed holding gatherings of mourners during Muharram, the first month of the Islamic calendar.

Believers commemorate the martyrdom of Imam Hussein, the grandson of the Prophet Muhammad, until the 10th day of Muharram, known as Ashura.

Iran is struggling to contain the pandemic since February when the first cases were confirmed in the holy city of Qom.

Restrictions aimed at stemming the outbreak were gradually eased amid concerns over the economy, which is already under immense pressure due to US sanctions imposed after Washington exited the landmark 2015 nuclear deal Tehran signed with six world powers.

The virus has infected nearly 20 million people in at least 188 countries and regions since last December, according to the latest figures by US-based Johns Hopkins University.

Kenya demands answers over plane shot down in Somalia

Pakistan receives $1B in loans to fight pandemic