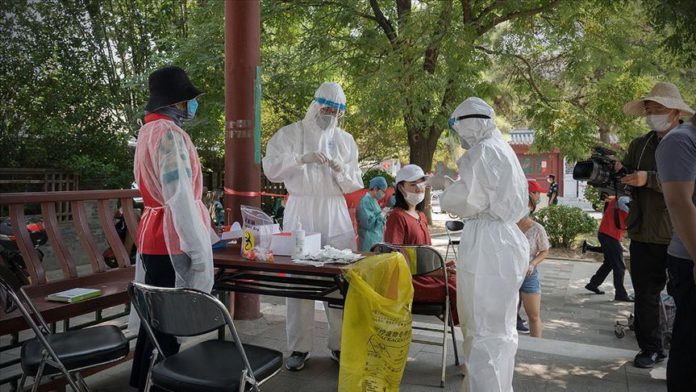 The total number of coronavirus cases in Southeast Asian has reached 254,894 on Wednesday, as 4,626 new cases were reported across the region.

The latest figures also showed a total of 7,155 fatalities and 147,723 recoveries thus far.

Indonesia — the hardest-hit country among the Association of Southeast Asian Nations’ member states — reported 2,381 new cases over the past 24 hours, taking the tally to 104,432.

The death toll in the country reached 4,975, with 74 new deaths over the past day.

As many as 1,599 patients have recovered in the same period, bringing the total number of recoveries to 62,138.

Meanwhile, the total number of COVID-19 cases in the Philippines surge to 85,486 after the Health Department reported 1,874 new cases on Wednesday.

It said at least 16 people have died over the last 24 hours, bringing the death toll in the country to 1,962.

The total number of recoveries rose to 26,996 as 388 more patients won the battle against the virus.

Thailand on Wednesday reported a new case, as one of the soldiers who recently returned from a joint military exercise in Hawaii tested positive.

So far, a total of nine Thai soldiers have been infected with COVID-19.

Singapore did not report any new deaths from the virus and the toll stands at 27.

The Health Ministry announced 334 new cases of COVID-19, pushing the total number of confirmed cases up to 51,531.

Most of these cases are work permit holders residing in foreign worker dormitories, according to the ministry.

As many as 201 patients have recovered on Wednesday, bringing the total number of recoveries to 45,893.

In Malaysia, the death toll from virus stands at 124.

In Vietnam, 15 new infections were reported, raising the total number of cases to 446, while number of recoveries in the country reached 369.

Cambodia reported seven new cases of COVID-19, bringing the tally to 233. So far, as many as 154 patients in the country have recovered.

Myanmar also announced one new case, taking the tally to 351, while a total of 293 patients have recovered.

Meanwhile, both Brunei Darussalam and Laos have reported no new infections and fatalities.